Imagine seeing such a handset at night, in some person’s hand, while walking down the street… Not only will that transparent illuminated keypad catch you eye, but the nifty touchscreen will surely have you wondering what brand is responsible for such a sexy device.

We’re dealing with the slimmest of smartphones and quite a fashionable one, to be honest, designed by Roberto Quiles Jr. 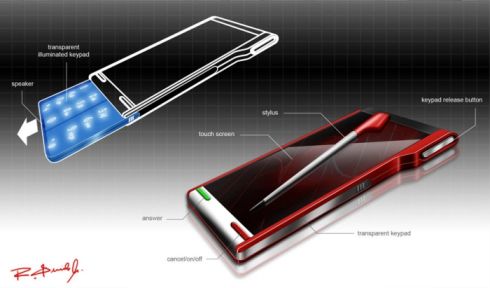 Last, but not least, let me point out a mechanism that I’ve seen on many concepts, but manufacturers still avoid using it: a keypad that’s included in the phone’s main body and gets released at the push of a button. This system if very much like a box of matches… Plus, it rids you of faulty sliding parts. How about it?