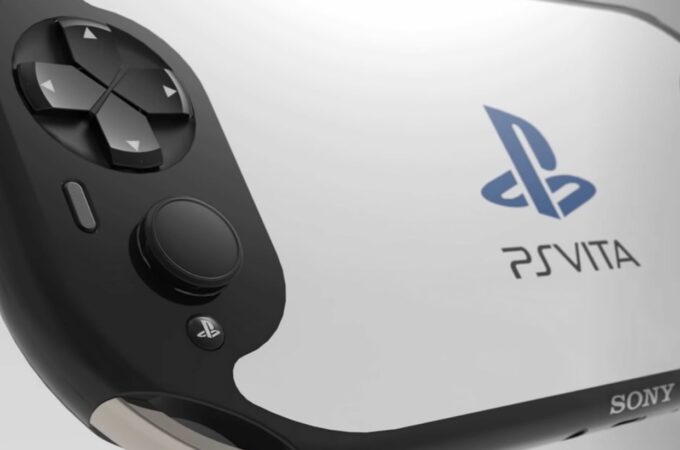 It’s hard to believe that next year the PS Vita will be 10 years old and Sony has pretty much given up the portable gaming segment, even though Nintendo Switch is banking on it a lot. The PS Vita was a flop at first, but a series of great indie titles seemed to push it towards the end of its life. Now people are dreaming of a successor.

YouTube channel GSMaholic published a concept for a new Sony PS Vita, the so called PS Vita X 5G (2021), rendered by designer Karim. First of all, the new device should get 5G connectivity and leave behind the chunkiness of the predecessor. It should actually be a cross between the Nintendo Switch and PSP, if possible. The first part of the video shows a pretty basic format, similar to the old model, especially the back side. However we do see some novelty, like the USB-C port at the bottom.

We also get to see what appears to be a pop up camera, but it could be a detachable module. There’s also a very rounded approach here and everything fits well together. The device is a bit flatter than before, without too many protruding parts. I would like to see Sony ditching the proprietary memory card format used to deliver the games, but that’s not likely to happen, on account of piracy. I would also like to see the volume buttons change, since they bring us back to iPhone 4 times and that’s definitely not a compliment.

Also, the components shouldn’t be very hardcore and Sony should build this console with a large focus on cloud gaming, rather than local gaming. There will be a temptation to put a 120 Hz screen on board, a strong CPU and loads of memory, but Sony should resist it. A high to mid level Snapdragon CPU should be enough for most games, as well as 6 GB of RAM and 128 GB of storage. The cloud and a WiFi 6 and 5G connection will take care of the rest. Some AR features associated with the dual back camera would also be nice.

About Kelvin
Passionate about design, especially smartphones, gadgets and tablets. Blogging on this site since 2008 and discovering prototypes and trends before bigshot companies sometimes
Apple iPhone 13 Pro Gets Improved Screen and New Camera in Letsgodigital/ Concept Creator Render   What if Apple and Samsung made a phone together? Here’s the iGalaxy S22 ProMax Concept