Android Silver May Not Replace Google Nexus; Here’s A view of the Future

It’s been a very long while since Bob Freking has created one of his wonderful renders, but here he is again, with a concept based on Android Silver paired up with Google Nexus. Apparently, a report has said that Google won’t give up on Nexus and Android Silver is something totally different. 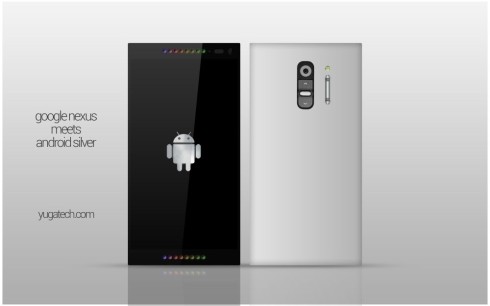 Android L has been confirmed to run on the next gen Nexus device, according to people from the Nexus program. Android Silver could end up being the equivalent of the Android One program for premium smartphones, offering timely updates and stock software. We have been hearing a lot of rumors about a HTC Nexus tablet, but there’s no product showcased so far, so what should be believe?

Of course, Android L is coming this fall and only then we may see the next Nexus. In the meantime Bob Freking’s design seems to mary the LG G3 design with a slight modern Lumia vibe and a very powerful flash combo (Xenon, LED and probably some laser guidance). I see we also get colored areas at the top and bottom of the screen, maybe speakers? What do you think that Android Silver is?

About Kelvin
Passionate about design, especially smartphones, gadgets and tablets. Blogging on this site since 2008 and discovering prototypes and trends before bigshot companies sometimes
Microsoft Surface Phone Has a Bit of Lumia in It   HTC One Max 2 Imagined by Hasan Kaymak Innovations