Before people get all excited about various Nexus 6 or 8 devices shown at Google I/O 2014, they should remember the fact that Google was rumored to can the Nexus project and replace it with Silver. The Android Silver devices are expected to be premium smartphones and a render of such a device was created by Rishi Ramesh. Here it is: 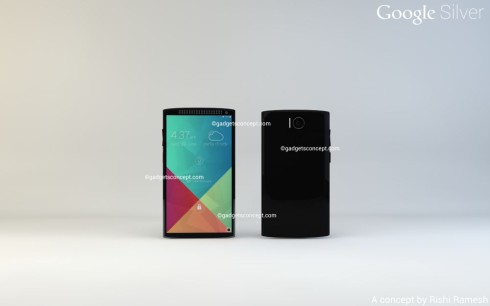 Android Silver handsets are expected to come to the market in early 2015 and LG is among the favourites to manufacture them. In the end Silver may not even be a series of phones, but rather a special software experience for Nexus 6, who knows? The device shown here is rounded at the top and bottom, it has a big upper side speaker and slightly curved volume keys. It also has a front camera, a very thin body and adopts a Snapdragon 805 processor and 3 GB of RAM. 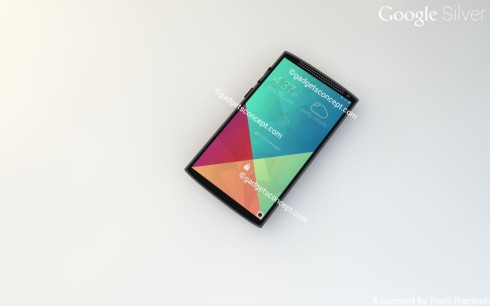 The Silver phone uses a 5.1 inch QHD display and a 16 megapixel camera with OIS and 4K video capture. The back side design is totally fit for a Nexus, especially if you look at the last two models. The flash is also interesting, since it could be a Xenon one. The Android UI doesn’t look particularly changed, I have to say. What’s the selling point here, I wonder… 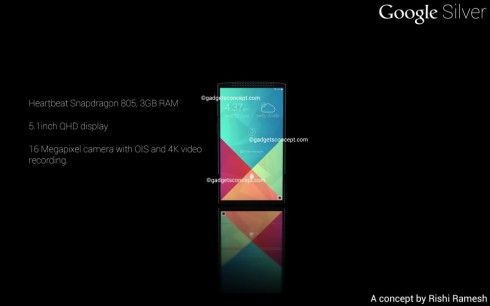