After discussing some aspects of a potential transparent TV set with Jermaine Smit, the designer followed a few of my cues and came up with the Google Nexus TV concept below. The idea was to make this a transparent TV set, made mostly of glass. 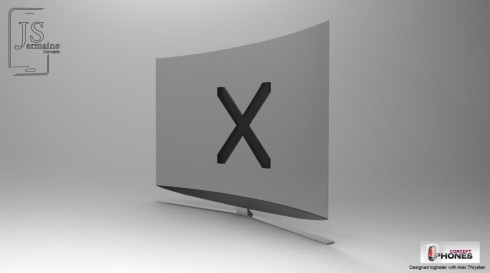 We felt it was too fragile this way and added a metal X at the back, to support the glass panel and offer it resilience. The X could actually be bigger and span to the whole width of the device. The Nexus TV set is curved, like the latest Samsung smart TVs and it comes with a special stand, as shown in the pics. All the main components are integrated into the lower area and after finishing up th concept of the Nexus TV Jermaine and I thought of a few more ideas.

Imagine using a VR headset and a projector phone to enhance a small image via the transparent screen panel of the TV set. Sitting in front of a curved TV set that’s transparent and has a huge projected image behind it could trigger a virtual reality experience, enhanced by the VR headset you’re wearing. What do you think? 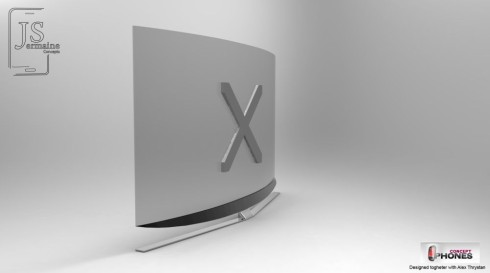