Google Pixel 5 May Look Like This, But Will You Buy It? 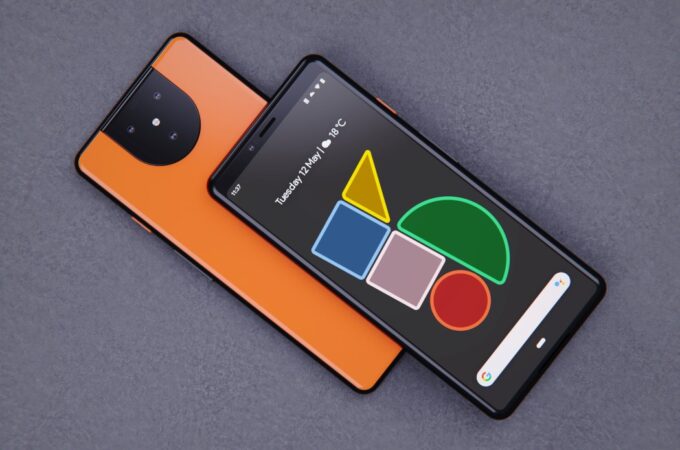 The latest news from the Google Pixel camp weren’t that good: they lost some people involved with the project, who left the company. They probably already took care of the Pixel 5 before they left and the product should debut in October. Its leaks have been present for months now, with renders included and today we get a better look at the device, courtesy of designer Sarang Sheth.

It seems that Google is eager to keep the big “forehead” upfront, packed with sensors related to Project Soli or not. At the the back side we have one of the weirdest looking cameras in recent history and I’ve seen some weird ones. The first thing that comes to mind is the lock on a door, if you want a comparison. However, in this orange version, that unusual triple camera is kind of growing on me, believe it or not. At least it’s centered and symmetrical and doesn’t have the huge lenses of the iPhone 11 Pro.

The latest news about Pixel 5 tells us that the device will be powered by a Qualcomm Snapdragon 765G or Snapdragon 768G even. We’re hearing about a price of $699 for the device, while the yet unlaunched Pixel 4a may come at $349 undercutting the iPhone SE 2020. We can’t yet tell if there will be a Pixel 5 XL or not and what it’ll bring extra, but my guess is a better CPU and more RAM. Reverse wireless charging is also on the table, from what I’ve heard.

The triple camera at the back hasn’t leaked yet, but the best bet is probably assuming we have three 12 MP sensors, hidden behind a wide, ultrawide and telephoto lens. Unless Google jumps on the Macro bandwagon hard. Actually one of the cameras could end up being a ToF/Bokeh sensor, as Google ditches ultrawide again… The price is OK I guess, but somehow I don’t see a selling point.

About Kelvin
Passionate about design, especially smartphones, gadgets and tablets. Blogging on this site since 2008 and discovering prototypes and trends before bigshot companies sometimes
This Phone Has a Detachable Camera That Still Works Independently Like a GoPro   iPhone 12 5.4 inch OLED Model Rendered by Concept Creator