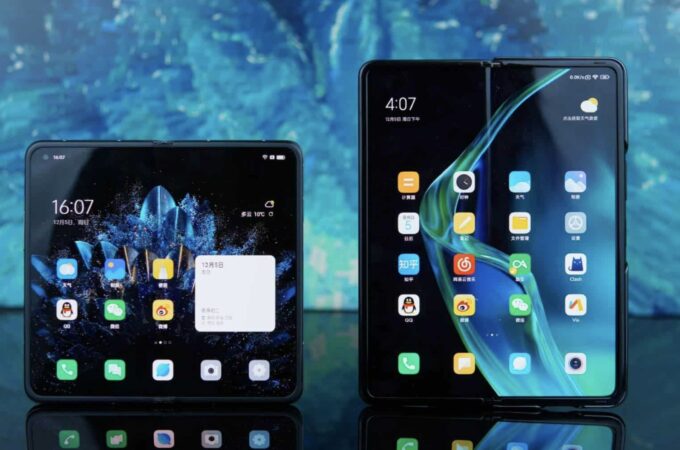 We’ve heard quite a bit about the Google Pixel Fold/ Pixel Note, or however Google decides to call its very first foldable phone. However, there was a clear lack of renders for the device, but now we have a detailed look at it, courtesy of Weibo tech blogger @DCS.

This is apparently the first look at the first Google foldable smartphone and the images from Weibo pertain to an engineering model of the device. Apparently, the rear is inspired by the Pixel 7 and the front is similar to the OPPO Find N. It’s supposed to be a small sized foldable, that folds horizontally inward, while the other screen is centered with a single hole.

The inner screen is an edge to edge panel sans holes, with the “ultra micro hole” on the frame, the selfie camera that is. To me both designs shown here remind me of the Galaxy Fold series, albeit in a narrower format. If it all check out, we’ll see the device in October 2022, with a Tensor CPU, 120 Hz refresh rate and faster than average charging.

Improved multitasking for foldables is something that Google has been exploring for a minute now and we may see it activated here as a special feature for Android 13.

About Kelvin
Passionate about design, especially smartphones, gadgets and tablets. Blogging on this site since 2008 and discovering prototypes and trends before bigshot companies sometimes
HOW CAN DIGITAL MARKETING AGENCIES USE NFTs   Top 5 Things To Check Before Playing At An Online Casino