Speculations about a certain Nexus 8 tablet have been floating on the web for too long for them not to based on something. That’s why I’m glad that today we can put a “face” to that speculation, thanks to the design created by Nikolai Prettner. 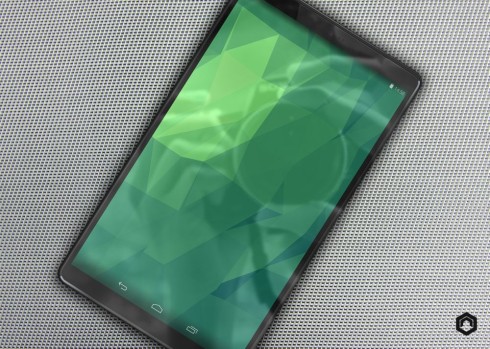 He envisions the way a Nexus 8 concept would look like and you can see it above. The design is more similar to the Nexus 7 2012 than the 2013 edition, since the device is not so elongated and also there’s a slight LG G Pad vibe in here. The folks commenting on this concept tablet on Google+ are talking about 2K displays and Snapdragon 805 CPUs, which would be fine specs for this model.

I’m pretty sure we’ll get a plastic slab as the next Nexus tablet, but the real question is not the diagonal (7 or 8 inches), but rather the OS and what novelty the latest Android will bring. Be it Android 4.5 or the big 5.0, I’m expecting a change of the notification area, that has been untouched for too long and maybe a change of the dialer and a revamp of Gmail and Google+, if possible.

About Kelvin
Passionate about design, especially smartphones, gadgets and tablets. Blogging on this site since 2008 and discovering prototypes and trends before bigshot companies sometimes
Nexus 6 Lenovo Phone is Finalized; What do You Think of this Design? (Video)   HTC Caymac Render by Hasan Kaymak, the Pinnacle of HTC Designs in 2014