Today’s news was filled with rumors about a new HP Android smartphone, one that’s supposedly called HP Brave. Although HP saw the picture and said it’s fake, one can never give up on such a nice render. It feels like a combo between the Nexus 4 and iPhone if you ask me and it’s pretty well done. 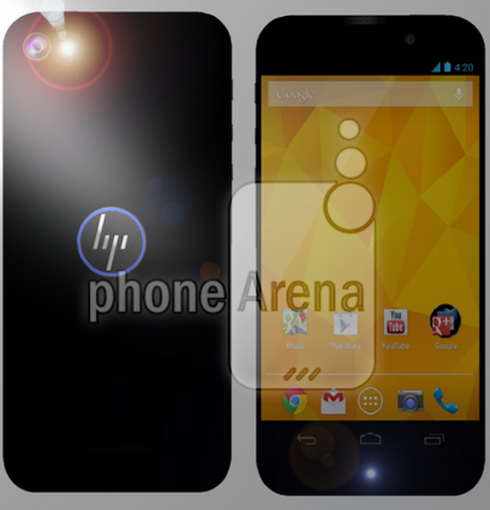 The back side is not that convincing, since I doubt HP would apply such an exaggerated branding on the phone. The placement of the camera is totally iPhone-like , but the facade is truly impressive, especially with such small screen bezels. We seem to get a notification LED in the lower area and a very narrow handset body.

HP Brave also sounds like a high end unit, according to the specs leaked on the web. They talk about a 4.5 inch 1600 x 900 pixel display, a Qualcomm Snapdragon 800 CPU, the Adreno 330 GPU, 2 GB of RAM and Android 4.2 Jelly Bean as the OS. The main camera should be a 14.5 megapixel unit and the front one a 2 megapixel shooter. Does HP really have such big plans with Android?

About Thrystan
Nokia Phoenix by Karl Panase is Everything the Lumia 1020 is Not: Elegant and Slim   Nexus 7 II Render Created by Sting-Ray Vintral is Accompanied by Promo Clips (Video)