Do you know what the easiest way is to leak a product? One person sees it in confidence, maybe in prototype phase and then he uses what he saw to help designers create a render that shows the leaked device. This is exactly what I think happened with @evleaks and the HTC smartwatch below. 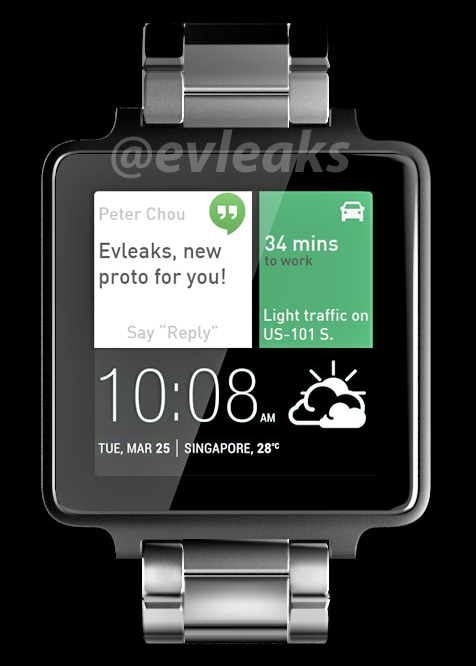 It has been created by the famous Jonas Daehnert and Ferry Passchier, both credited below. Dubbed simply HTC Android Wear, this model has some pretty big bezels for my taste and it’s also more elegant than the other Android Wear devices. It relies on a metallic belt and metallic body, with a highlighted display that really stands out from their body. The interface is tile-based, a bit like BlinkFeed in a smaller version.

HTC Android Wear looks a like a watch that would have been impressive back in 2011, but now standards have changed. We’ve seen a ton of iWatch concepts, the beautiful and real Moto 360, so we know smartwatch designs can impress and be stylish. This HTC Watch concept is a good start, but it needs to get rid of those big bezels…

About Kelvin
Passionate about design, especially smartphones, gadgets and tablets. Blogging on this site since 2008 and discovering prototypes and trends before bigshot companies sometimes
Nokia Lumia 830 Portrayed in Fresh Design, Courtesy of Jonas Daehnert   iPhone 6 Concept is Inspired by Various Leaks