Abhi Aravind keeps it old school, creating the HTC Aurora tablet concept, a device that relies on a customized flavor of Honeycomb. All copyright belongs to the designer and don’t forget to check out his deviantArt profile, since he has tons of other cool concepts out there. 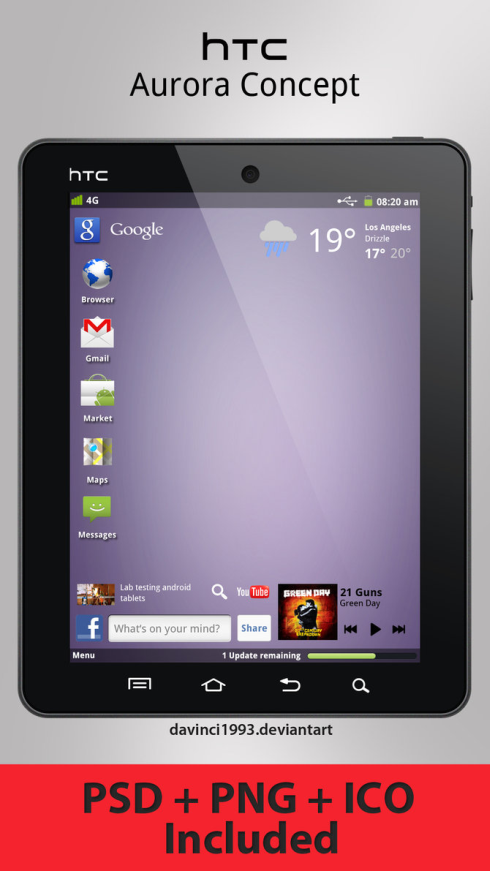 As far as the HTC Aurora tablet is concerned, we’re dealing with an Android 3.0 Honeycomb slate here, one that runs a custom HTC interface and comes with a 5 megapixel camera with autofocus and 720p video capture. There’s also a 10.1 inch capacitive touchscreen on board, with multitouch support, plus WiFi 802.11 a/b/g/n and Bluetooth 3.0.

4G is also among the supported connectivity types and the internal memory is 64GB (SSD). Strangely enough, the CPU isn’t a Qualcomm or a Nvidia one, since the designer chose a 2GHz AMD Phenom X7, together with 2GB DDR3 RAM. Last, you should know that this concept does 1920 x 1080 full HD video playback. Would you buy this tablet if it were real?