Antoine Brieux has sent us one of his news designs, a HTC concept called Blast.  The device is pictured below and brings a new look to the Taiwanese maker’s products. HTC Blast is a butonless smartphone based on the HAND POWER technology, used to turn on the screen without the aid of buttons. 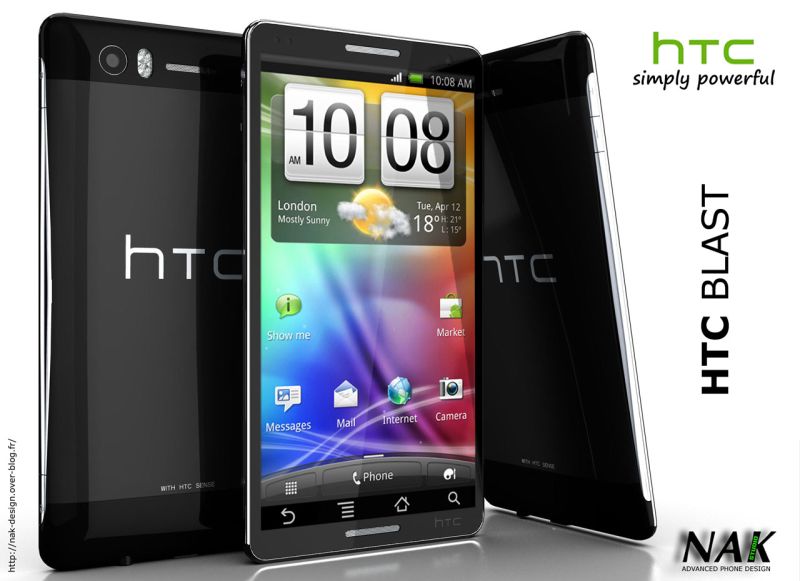 At the front, Blast incorporates a wide 4.7 inch touchscreen and on the inside we find a Qualcomm Snapdragon 1.5GHz dual core CPU with Adreno 220 chipset. There’s also 1GB of ROM on board and 1GB of RAM, plus 32GB of internal storage. The screen is an AMOLED unit with a 1280 x 720 pixel resolution.

At the back of the HTC phone there’s a 12 megapixel camera with full HD video recording and dual LED flash, accompanied by a front 3.2 megapixel camera. Connectivity-wise, the concept comes with WiFi, 3G, 4G ad Bluetooth and the power source of the device is a 1800 mAh battery. The dual core smartphone measures 9mm in thickness and weighs 165 grams, 10 grams less than the Xperia Play.

What’s really interesting is that the phone runs Android 3.0 Honeycomb with HTC Sense. 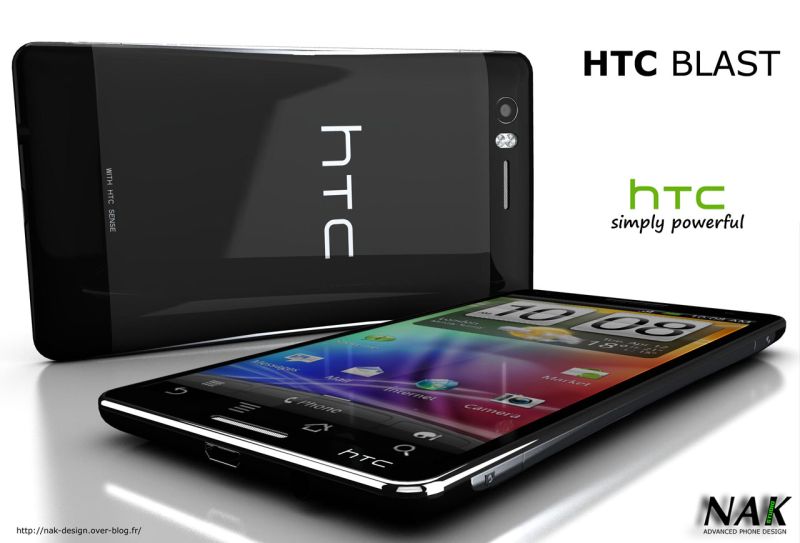 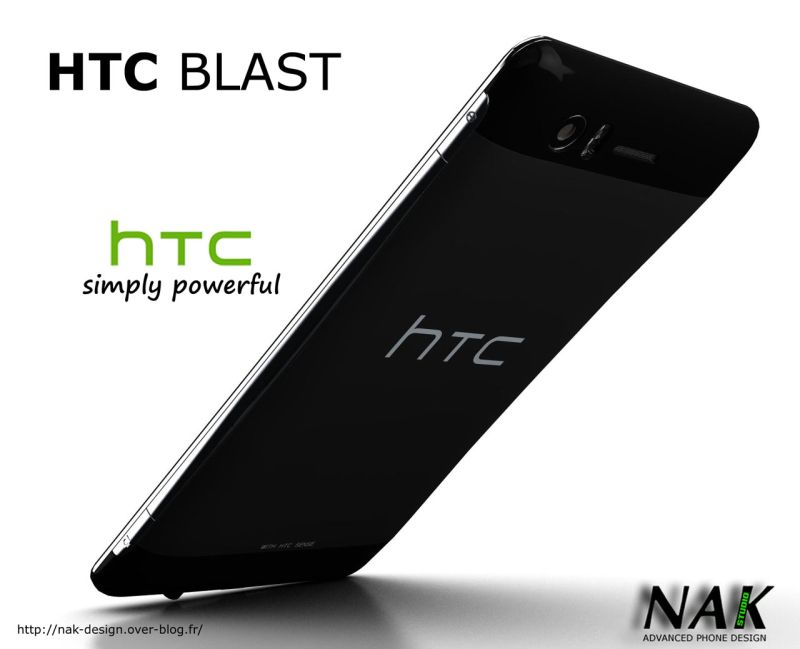