Jason Wang is back with a new HTC Concept phone, the New Eden 1, pictured below. We’re talking about a sturdy aluminum case handset, that’s able to face both damage and fingerprints intact. It comes with a 4 inch qHD AMOLED display with a curved glass, that’s a tribute to the Dell Venue phones. 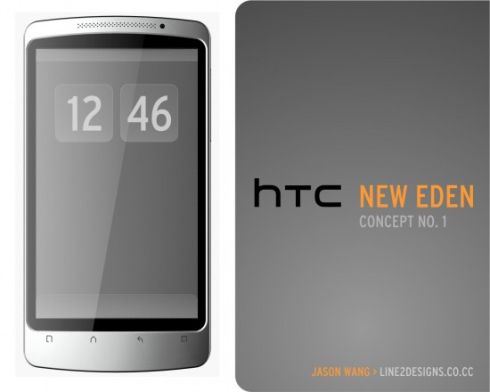 Capacitive buttons are placed below the screen and we have to mention that the HTC New Eden 1 is a dual core TI OMAP 4 1.2GHz smartphone, that uses 1GB of RAM. The result is a gadget that’s thinner than the iPhone 4, at a mere 9.1mm. At the back you’ll find a 16 megapixel Sony camera module, with LED flash, while at the front there’s a classic 1.3 megapixel camera.

You can use up to 64GB of microSD memory on this phone, that comes with 16GB of internal memory and a 1700 mAh battery. Wonder if Sony would ever agree to supply camera sensors to HTC, especially with the rumored partnership they have with Apple. 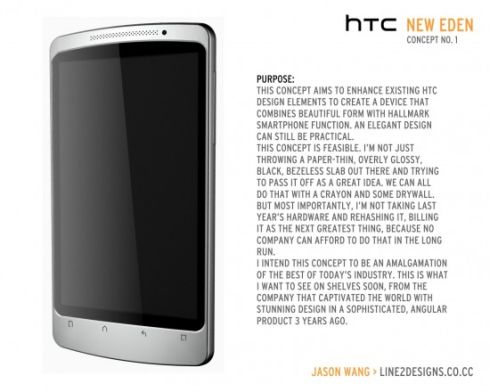 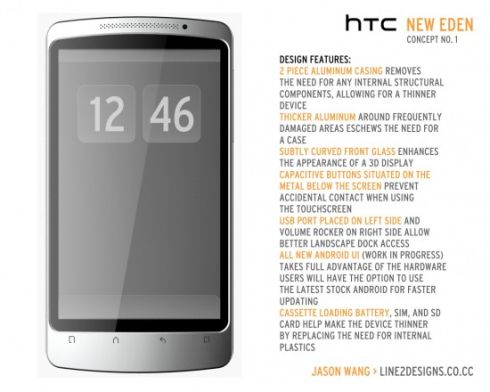 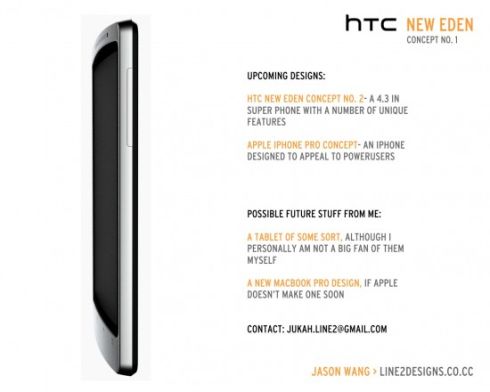 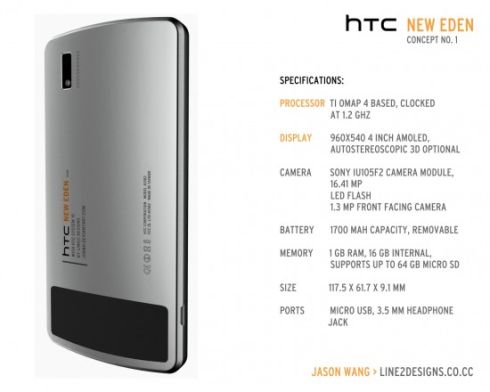 About Thrystan
HP Shark is a WebOS 3.0 Phone Concept, With Beats By Dre Technology   Kyocera Katsura Gaming Tablet Could be a Hoax, Could Be a Render…