HTC La Chica is a Girly Phone With Android 4.0

We see top notch phones leaking every day and many concepts of high end devices, but never a smartphone for the ladies. One such device was imagined by Bob Freking and dubbed HTC La Chica. He says that the handset has the equivalent specs of the Samsung Galaxy S II, so it’s a dual core 1.2 GHz phone with a 4+ inch display. 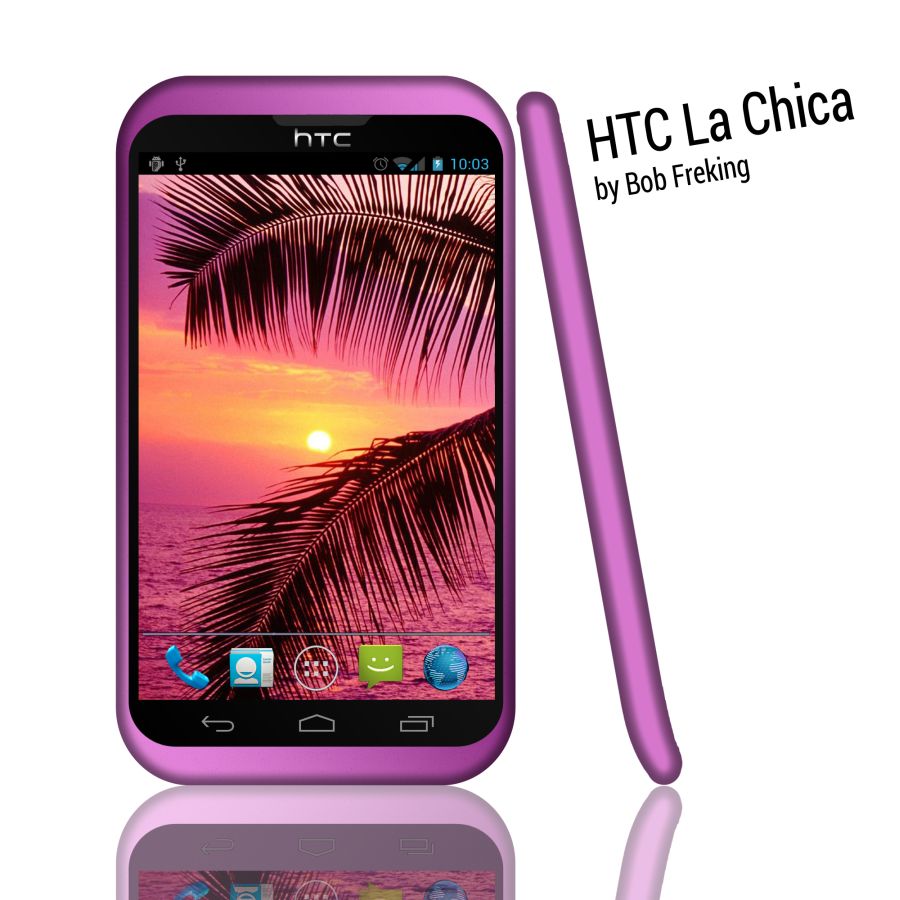 You can see that it’s running Android 4.0, it has a small chin and it has those trademark 3 capacitive buttons below the screen. Its case is coloured mauve, so it’s very ladylike, or is this a share of pink I don’t know? I imagine this model supports a qHD resolution at least, comes with 16GB of storage, 1GB of RAM, HSPA+ and a 5 or 8 megapixel camera with support for autofocus and maybe even 1080p video capture. For those of you who don’t know, there’s already a lady-oriented phone out there, the HTC Rhyme, but that one is a single core affair with underwhelming specs.

Ladies may feel the need for a full fledged smartphone and not only tin devices such as the Xperia Mini series or the Wildfire S, or underpowered units such as the HTC Rhyme. And that’s why people wonder why so many women go with the iPhone 4/4S if they want power… there’s no Android alternative! They could pick up a Galaxy S II, especially the white version, but what about HTC? When will they make a high end feminine phone?