HTC M8 With Windows Phone 8, the Follow-up to HTC One

This week HTC unveiled the HTC One smartphone, previously known as the M7, an Android Jelly Bean handset with high end features and a great design. Now Michael Retovona proposes a new HTC design, the M8 device, pictured below and packing Windows Phone 8. 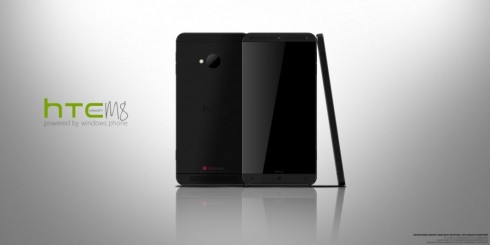 The designer claims that he likes the Lumia and the iPhone 5 look, so he admits that the HTC One is a bit inspired by those. So, he went out and created the equivalent of the HTC One in the Windows Phone universe: HTC M8. Michael worked one hour and a half on this render in Photoshop alone and using vectors.

There are some changes from the HTC One, like the fact that we have speakers at the lower back, not only at the front top and bottom. Also, below the screen there are Windows Phone buttons and the front camera has been moved from the side to the center. There are 3 capacitive buttons instead of 3 and other than that the handset may keep its 4.7 inch Full HD screen and maybe even the 4 MP Ultrapixel camera. Fancy this phone?