Ashik Empro has sent us a series of gorgeous looking images of the HTC One M9, that has been rendered in a brilliant way by this designer. It feels very much like a luxury sports car and it’s glossy, but not in a cheap way. 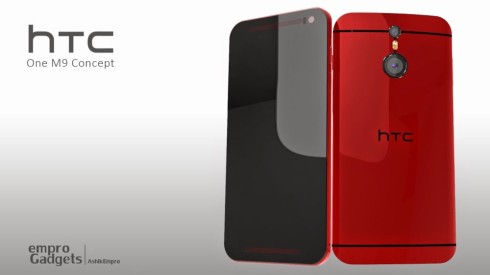 HTC One M9 features a Duo camera setup still, a dual tone flash, that has been placed between the back cameras and what seems to be a plastic body. This model is curved and glossy and the BoomSound speakers have been made more discrete. The silver version of the phone has got to be my favourite and the HTC One M9’s cameras and flash are arranged in such a way that they look likes pieces of jewelry on it.

The device’s format is curved and interestingly enough, there’s a black bar at the top, probably focusing on the infrared emitter. The Home button is now on the side, a move also done by Apple when they increased the diagonal of its iPhones. HTC One M9 comes with a Qualcomm Snapdragon 805 processor, a quad core 2.5 GHz unit, the Adreno 420 GPU, a 5.2 inch Super LCD 3 display with a 2560 x 1440 pixel resolution and more specs that you’ll learn in part 2! 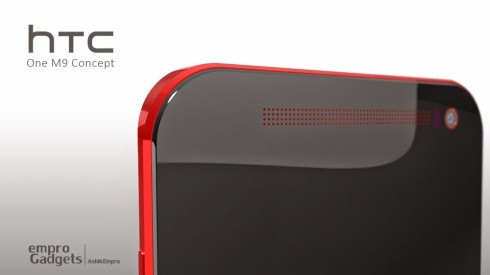 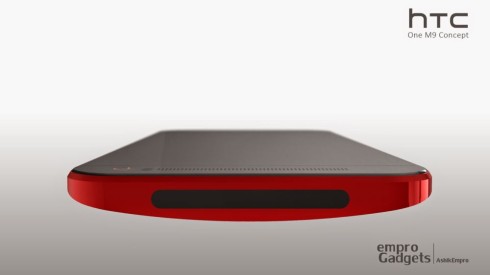 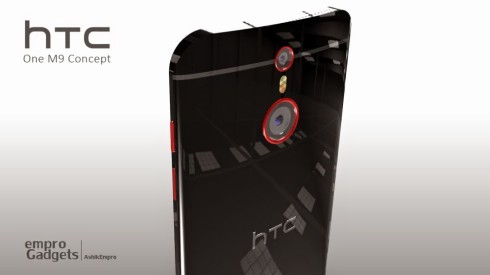 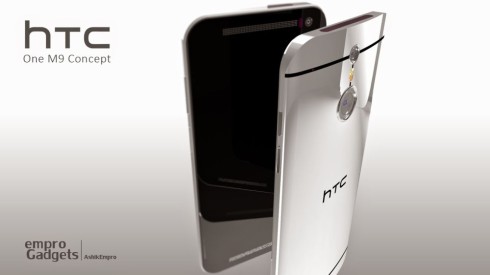 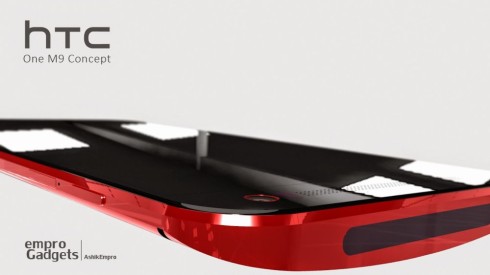