Rybarczyk Francois had a brilliant idea of creating a HTC concept with a magnesium unibody frame and an extra battery module, that will increase the functioning time of the handset. There lower back side of the phone is imprinted with a pattern done through machining. You can set this phone to charge directly onto the wall and as far as I can see the device incorporates the charger that you’ll attach to the socket. 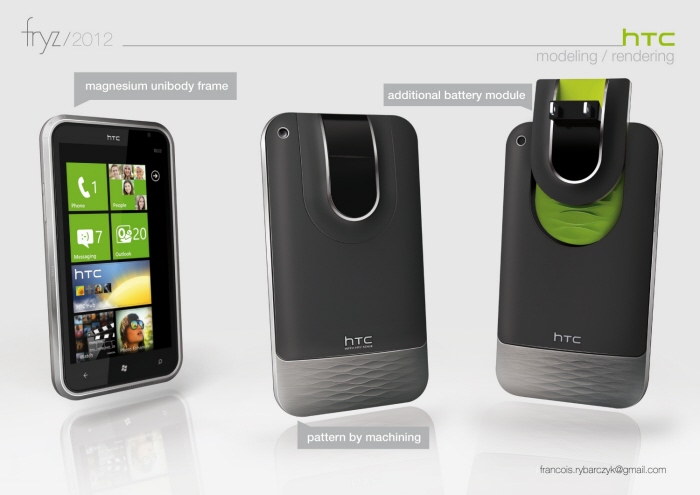 There’s also the option of leaving an extra battery module to charge and attaching it to the device for a fast juice up of the smartphone. This HTC design looks pretty fancy and the idea of having the prongs and charging mechanism integrated into the phone is certainly interesting. The design reminds a bit of the recent HTC Edge quad core phone render and it’s very sleek and elegant. This rounded device gives me the impression that it’s actually one of those smaller cellphones, with a 3.2 inch diagonal or close.

As you can see, in some versions this handset runs Windows Phone and in others Android, with the associated capacitive keys being placed below the display. I must say that I like particularly the version with Android and its capacitive keys… 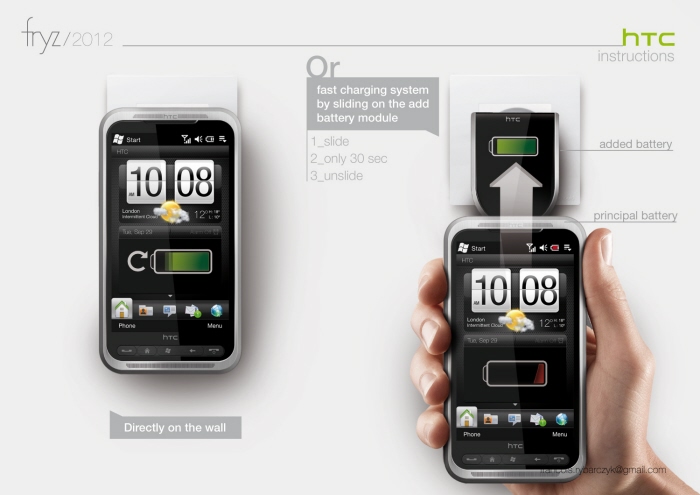 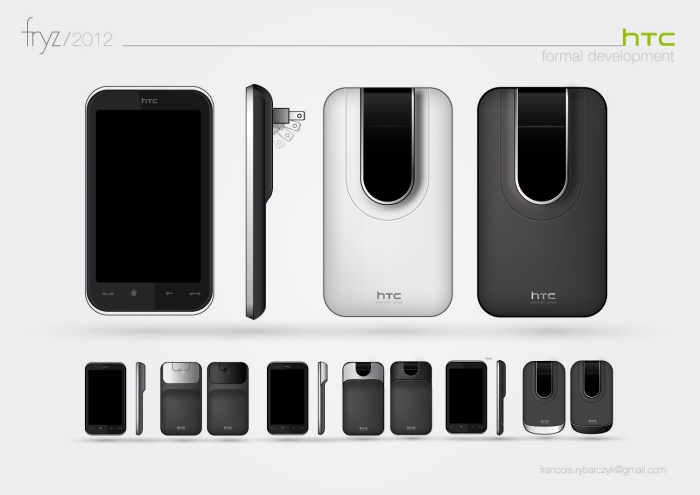 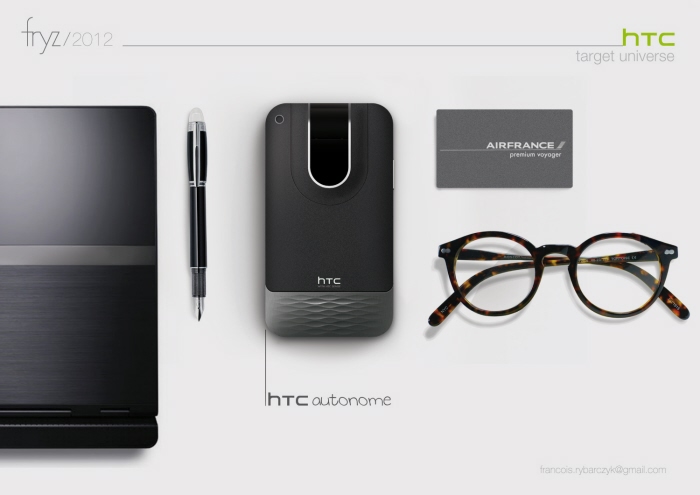 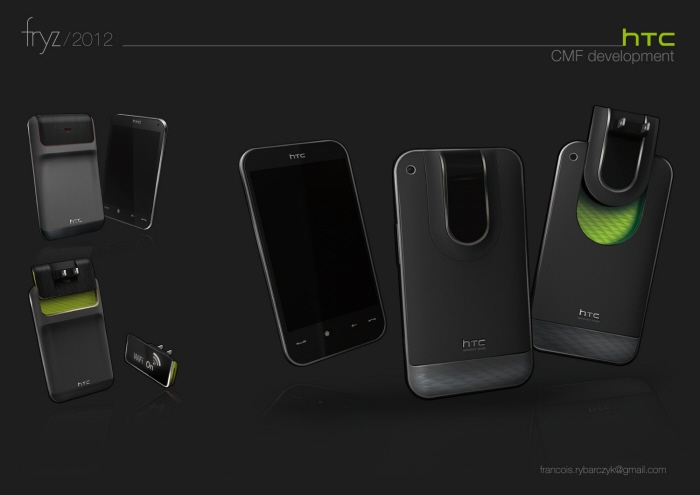 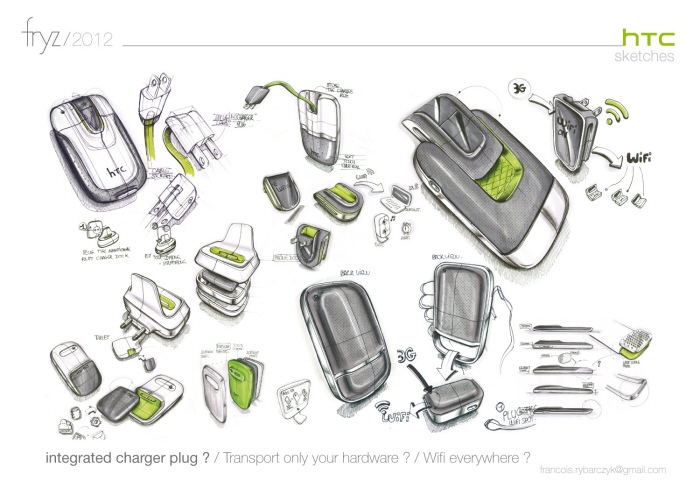