Seen by many as a HTC Touch HD with WiMAX flavour, the just leaked T8290 features a Russian interface and it’ll seemingly work on Yota’s (Russian carrier) service. This handset has been introduced at the WiMAX World Conference in Chicago, but there’s no trace of launch date or price. 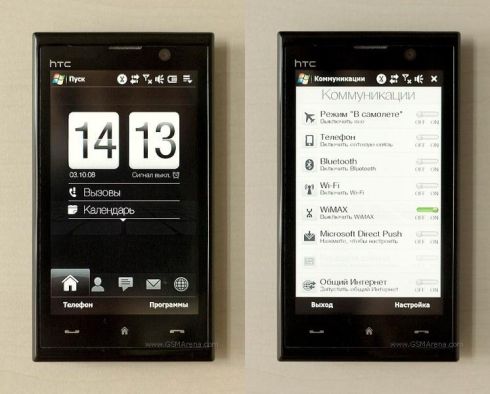 Forget about specs, but you can imagine that the features of HTC T8290 are about the same as those of the Touch HD, give or take a few aspects. Also not coming to the US, I presume…

About Thrystan
Motorola Krave ZN4 Gets an Early Release   OLO PC Integrates an iPhone, What About New MacBooks?