T-Mobile G2 Hits the Web, Only a Concept for Now! T-Mobile G1 Available!

Just as T-Mobile G1 was being made available today, at the same time with the launch of Android Market, we stumbled upon a couple of pictures portraying the next generation of Android handsets. The so-called T-Mobile G2 is, of course a rumour that originated from the TalkAndroid Forums. Is it a nice Photoshop edit or a major leak from Google? 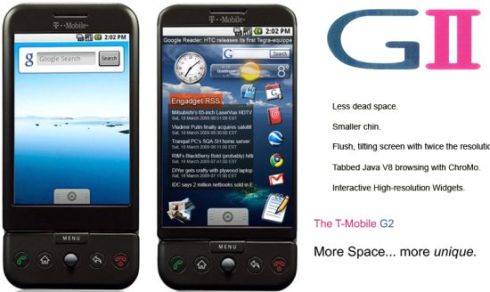 Its specs are not known yet, but what we do know is that the device will incorporate a tilting screen with twice the resolution of the G1, Java V8 browsing (Chrome Mobile in action!) and interactive widgets.

Is it just me, or does this look like an iPhone screen slapped onto a T-Mobile G1? Anyone up for G3? 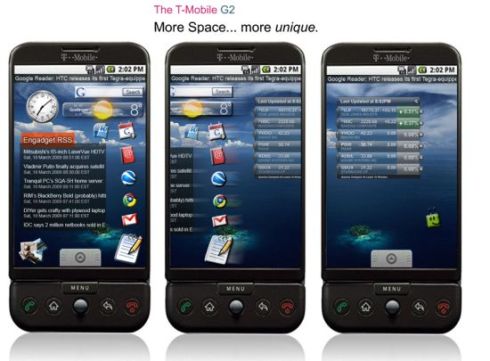