Huawei Mate 20 is Here Already, With a Crazy Amount of Cameras (Video) 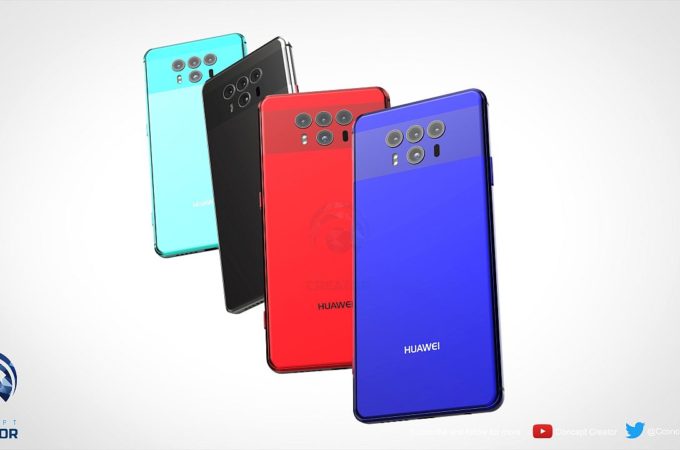 After seeing the Huawei P20 Pro with 3 cameras, we may as well start dreaming about phones with 4, 5, 6 cameras… There’s already a Nokia 5 camera phone coming, but till then let’s have a glance at the Huawei Mate 20 with 4 cameras. 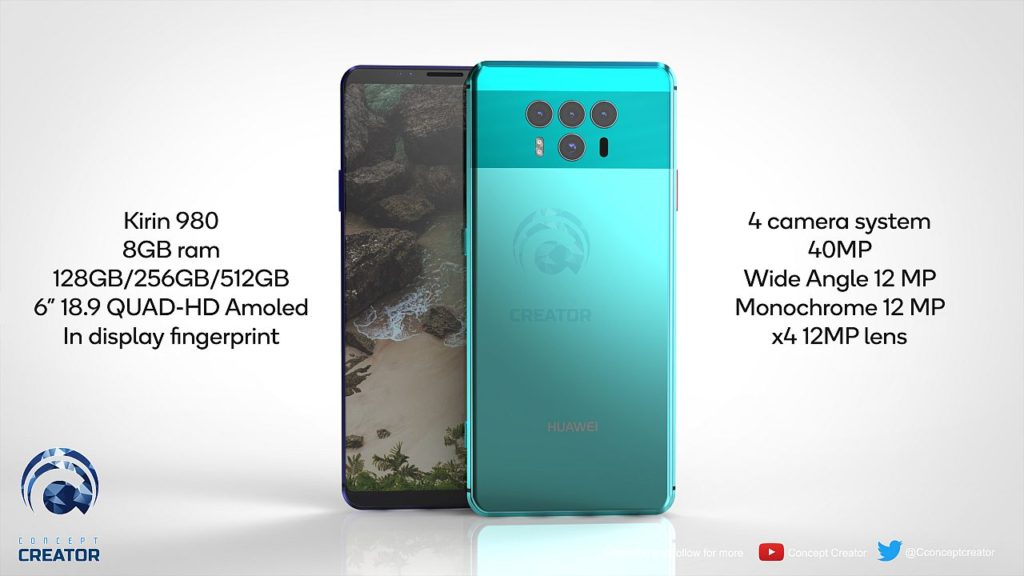 It’s the creation of reputed designer Concept Creator, who tried to change the camera format on the device. This time the cameras are displayed horizontally, with 3 main sensors and an extra one below them. The cyan green version sure looks hot, while the beige one is rather meh. The vivid red and blue are also OK. The only objection I have here is the fact that the device’s cameras placed at the back feel like a spider’s eyes. 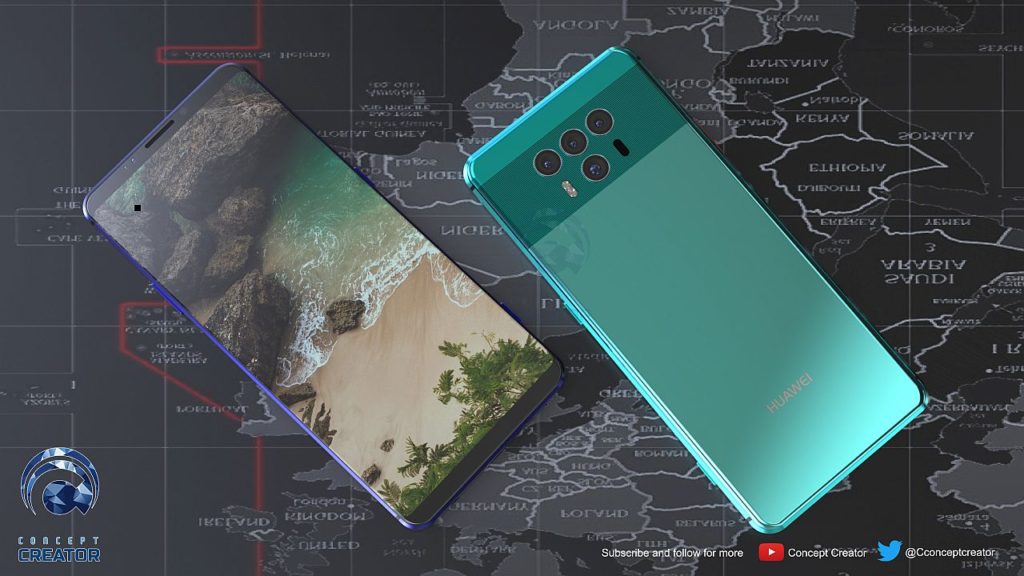 If I were to guess, I’d say we get a telephoto camera, a wide angle camera, a normal RGB camera and a monochrome one. I’m sure there will be a notch on the device, although some of the renders from Concept Creator don’t make that aspect very clear. The body is clearly more glass and less metal, but the frame remains metallic of course. The stripes of the Mate 10 Pro were kept and the general look of the camera area too. 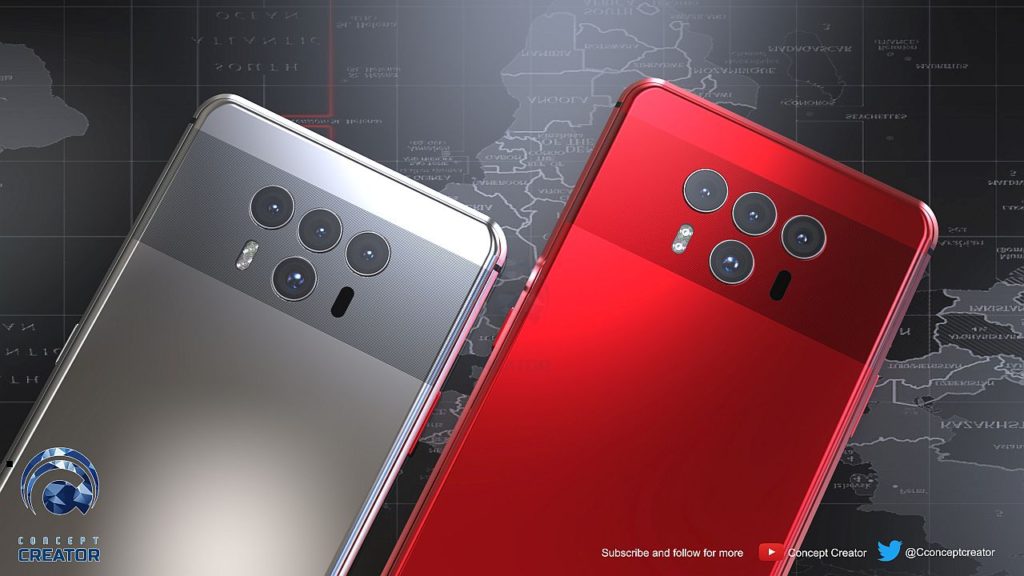 On a second look, the device doesn’t have a notch, but what it has is a fingerprint scanner integrated in the screen. I won’t bore you with specs, but I will mentions ome: 8 GB RAM, Kirin 980, 6 inch Quad HD AMOLED screen. With the Kirin 970 feeling slow on the P20 Pro in the GPU area, I sure hope for an upgrade. 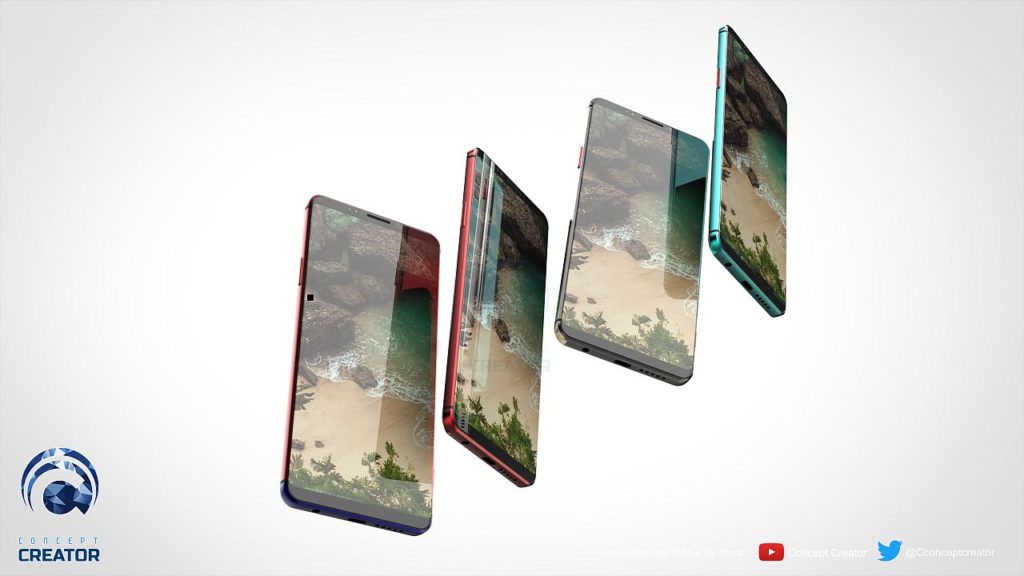 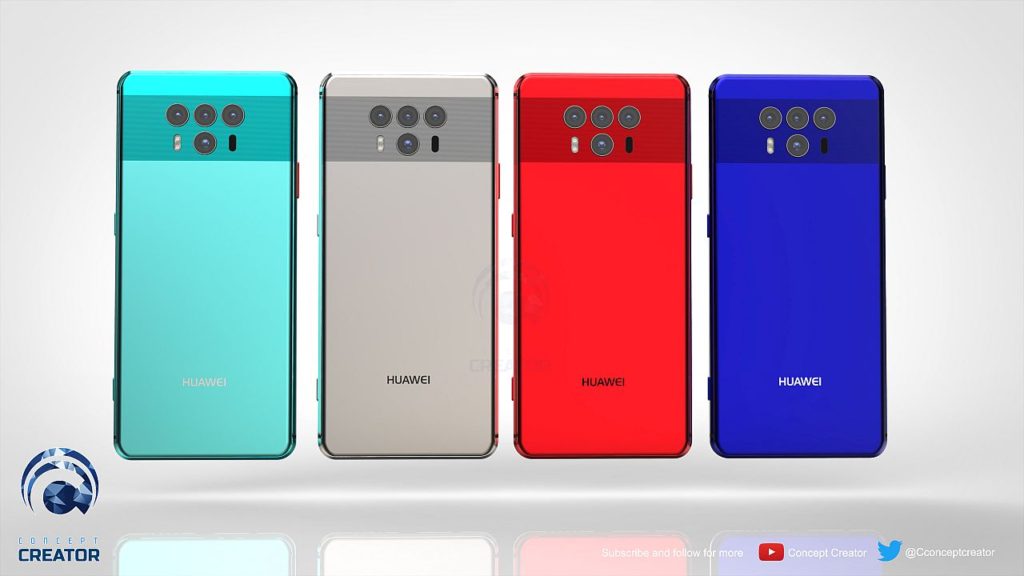 About Kelvin
Passionate about design, especially smartphones, gadgets and tablets. Blogging on this site since 2008 and discovering prototypes and trends before bigshot companies sometimes
iPhone X Blush Gold is Happening, At Least in Render Form   Samsung Galaxy Note 9 Gets Rendered Following Latest Leaks