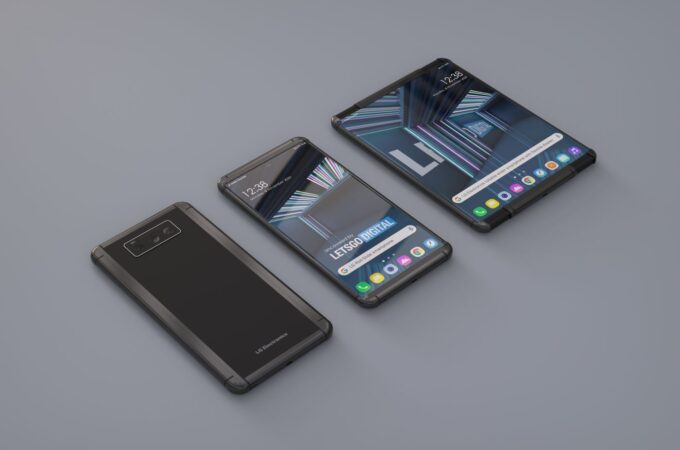 After a short break, we’re back with one new concept phone. It’s the Explorer Project aka Project B, a rollable LG smartphone. As usual, Letsgodigital has taken over some patents and sketches and turned them into renders. We’re dealing with an LG smartphone that features a roll up display. It can be pulled out to form a tablet and you can do that with both sides.

The Explorer Project from LG includes all new formats of phones and started with the LG Wing last month. That one has a dual screen swivel design and during the unveiling LG also showed a short teaser for a device still in development. That’s part of the Explorer Project as well and has a retractable display. Back in November 2019 Letsgodigital was reporting on a LG “pull out phone”, that doubled its screen area. Roll up displays were also leaked and talked about, particularly since LG already makes a rollable TV.

This time we ran into an LG patent, that shows a versatile and modern smartphone with a retractable, roll up screen. Honestly, it seems a bit more intricate than I expected. The patents show an LG smartphone with a flexible display, that can be partially rolled up in the housing. In the compact form, the device has the size of a regular smartphone, but then the roll-slide mechanism is activate, you can pull out extensions of the screen both on the left and right side.

This doubles the surface the display. From what I can see, a set of spring-like mechanisms are used here. The pull out smartphone from LG is shown with an OLED display and a metal housing. When the screen is pulled out something interesting happens. There’s a second frame that rolls out, supporting the top and bottom of the new expanded screen. It’s flexible and can slide back into the main frame. Saw gears are used for the rolling part and an elastic element.

The biggest problem that may appear here is the fact that dirt, lint, particles may get into the gears or sliding section.

Be sure to read the source below to also learn more about the “Camera with Hexa Motion image stabilizer”.

About Kelvin
Passionate about design, especially smartphones, gadgets and tablets. Blogging on this site since 2008 and discovering prototypes and trends before bigshot companies sometimes
Sony PlayStation 5 is a More Compact PlayStation 5, Rendered by Concept Creator   Samsung Galaxy Z Fold 3 Pictured With Sliding Keyboard