Nexus 6 Rendered, Although It May Not Happen

I’m one of the people who believes in the theory that there won’t be Nexus models anymore. In spite of that, we’re here with a new concept of the Nexus 6, a smartphone that could still be launched this year, with a bit of luck. 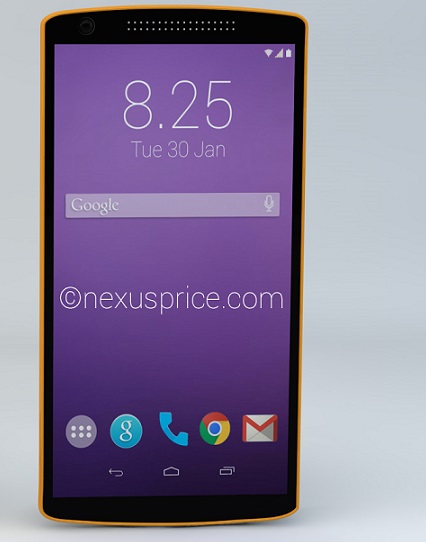 The Google Nexus 6 is a handset with a 5.2 inch display, that will be one of the models to adopt the 2K resolution. It will be made by LG yet again and it will rely on an IPS panel yet again. The body will be made of aluminum, or at least so says the source of the render. Polycarbonate filing will also be used and the new smartphone will measure between 7 and 8 mm in thickness. As far as the specs go, we’ll probably get a Snapdragon 805 CPU, 3 GB of RAM and a 13 megapixel camera or more. 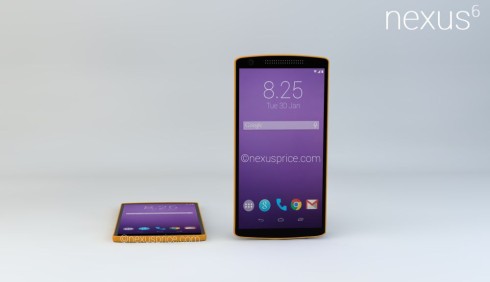 OIS will be included, as well as 4K video capture probably. The battery capacity will be increased to 3000 mAh and the OS will be Android 5.0, provided that Google announces this version at the I/O event in May. Once again, if the Nexus 6 will be real odds are that it will be launched this fall, or winter at the latest. The idea of a rounded upper and lower part and straight side lines is not new, but it’s well executed here.

However, I’m not sure how this model will be able to stand out of the crowd this time… What do you think of this LG Nexus 6?

About Kelvin
Passionate about design, especially smartphones, gadgets and tablets. Blogging on this site since 2008 and discovering prototypes and trends before bigshot companies sometimes
Apple iWatch Goes Back to the Idea of an iPod Nano With a Belt   Windows Phone 9 Concept Integrates Transparent Tiles, Social Network Emphasis