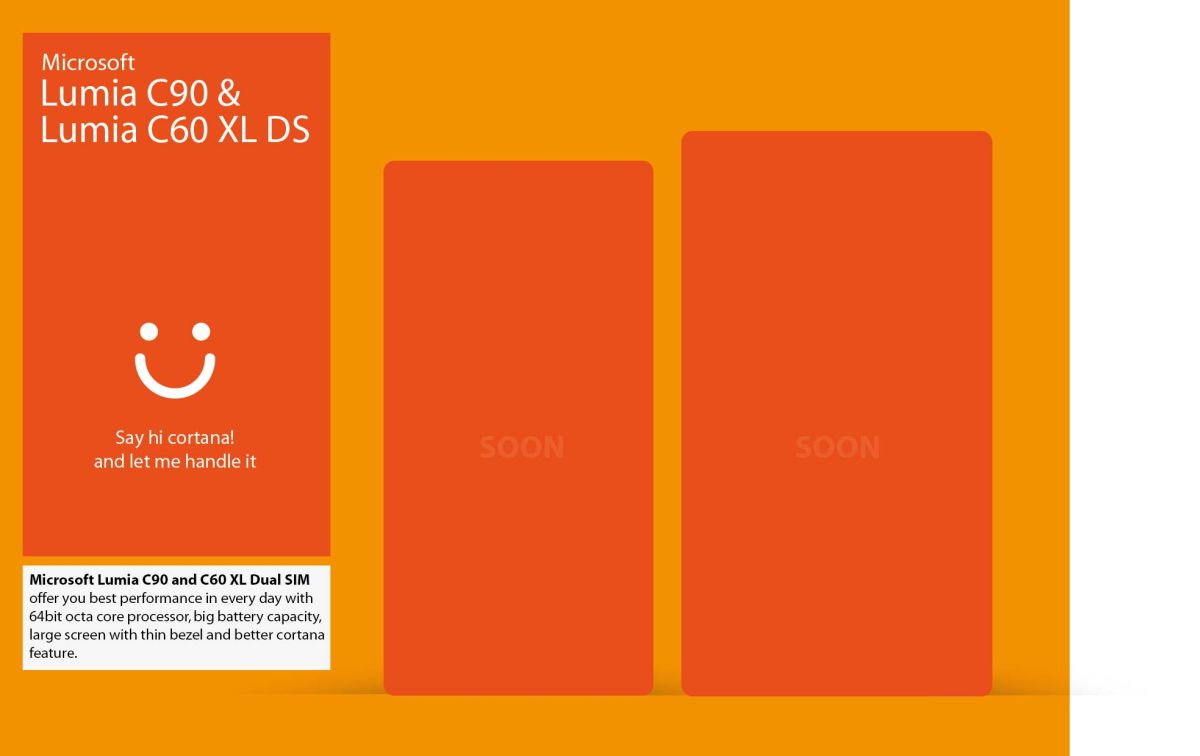 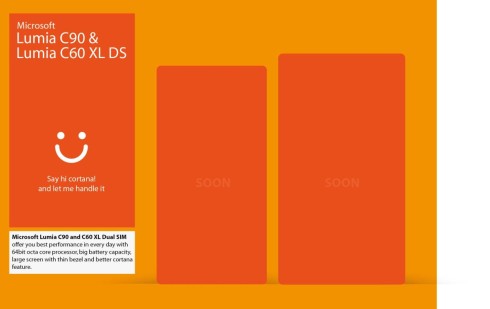 All we have are generic form factors for now and the designer promises that the Microsoft Lumia C series will bring large screens, very thin bezels and large battery capacity. Cortana is said to be at the core of the experience and the devices are also claimed to have a 64 bit octa core processor and probably a lot of RAM.

Judging from the mere placeholders and my gut feeling, these will be thick and heavy models, typical for Lumias. I’d be surprised if they’re not, in the end. Fingers crossed.

About Kelvin
Passionate about design, especially smartphones, gadgets and tablets. Blogging on this site since 2008 and discovering prototypes and trends before bigshot companies sometimes
Lumia 850 Gets Totally Redone, With Pureview Optics, New Format   Samsung Galaxy S7 Gets a New Face Courtesy of Jermaine Smit, Based on Leaked Sketches (Video)