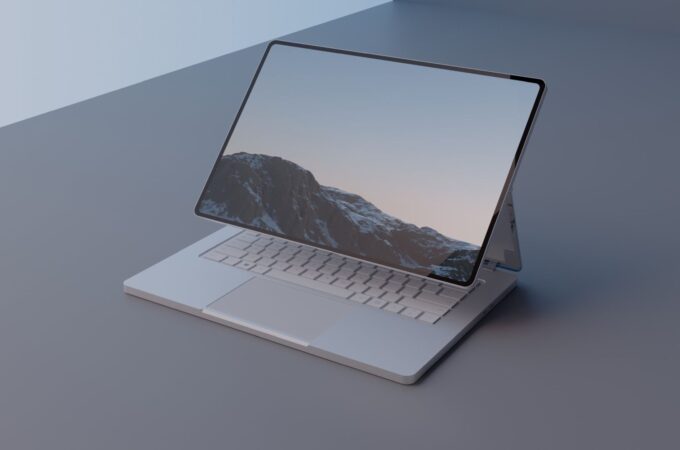 While Apple is expected to unveil its goodies in September, Microsoft will be holding a big event in October, meant to bring forth new Surface devices. We’ll probably get a new Surface Pro, Surface Duo 2 and Surface Book. The latter has just been rendered as a hybrid between a laptop and a productivity rig.

A new patent is the basis for this concept and the sketches show a screen attached to a mechanical hinge, fixed on a stand. You can turn the device into a laptop or tablet PC. We’ve seen the likes or Acer and ASUS experimenting with the format so it’s not new by any means. Surface Book Studio could come in versions as small as 14 inches in diagonal. Designer David Breyers is behind this set of concept renders, based on the patent, which show a fantastic device. There’s even a video of it below.

The screen is able to hover above the base unit with the core components and it can be angled perfectly for drawing or editing content. Tactile experience is the core here. The new Surface Book Studio has cutouts behind the screen in order to cover the hinge and offer a flatter design. We’re also expecting a better CPU inside, graphics card, a high res screen and a larger trackpad, plus new Surface Pen with haptic feedback.

As usual for a Surface machine, we expect magnesium alloy as the core material, Windows 11 preinstalled, powerful speakers and a comfy keyboard. The price will definitely be hefty.