We have seen at least half a dozen Microsoft Surface phone concepts and today we get one more, courtesy of Michael Matteo. He envisioned the Microsoft TacTile, a Surface smartphone pictured below, in several shots. 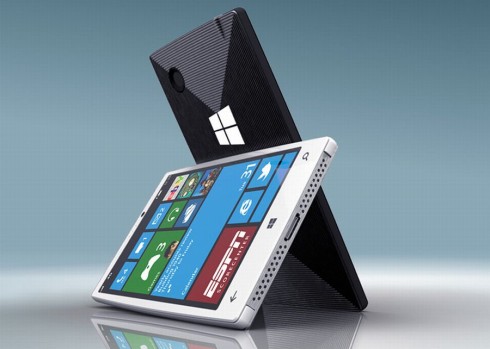 These are renders of a person who likes Windows Phone and wants to show off his design skills. He’s got a proprietary port on board, a metallic backing with interesting ridges, as well as rubber edges, or something similar. The backplate of the device is CNC machined out of magnesium, like the Surface tablet. On the colored version, the alloy is anodized, apparently.

We’re dealing with a metallic phone with good grip and the windows Logo at the back is backlit, for an unique identity of the product. The front capacitive buttons and the logo are able to illuminate any color in the RG spectrum. I have to say that the colored versions of this Surface Phone render look kind of hot, youthful and would even give the Lumias a hard time. Nothing about specs, sadly…

[via Pocketnow and Coroflot]