This Xbox is Inspired by the Tesla Cybertruck, because… why not!? 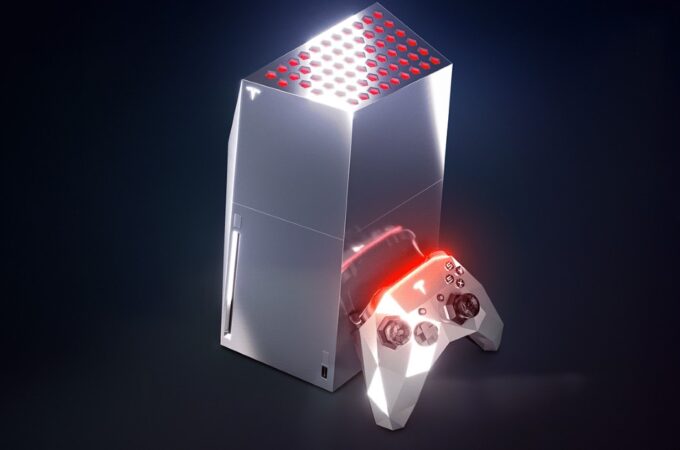 Two of the most polarizing product designs that popped up at the end of 2019 were definitely the Xbox Series X and also the Tesla Cybertruck. Angularity was their main problem and while the console was too quaint, the Tesla was too advanced. How about combining both? Designer Martin Hajek is on the case, having just rendered the Tesla CyberBox.

I don’t know why, but I have a feeling Elon Musk would be hesitant to work with Microsoft, since he’s too much of a free spirit to work with a giant corporation like that. Anyway, this design is, as you probably guessed VERY angular filled, with corners and slopes,. The controller feels like it’s made of diamonds and I can already feel it digging into my palms after long hours of gaming. There’s also a slight Alienware gaming PC vibe here that I’m getting.

Even the action buttons on the controller are inspired by Tesla, since they have the pictograms from the company’s logo. Also, if you look closely, the two thumbsticks are shaped like the wheels of the Tesla Cybertruck. The lit up portion upfront resembles the headlights of the car. Hopefully, metal is not part of the package here, since a sharp, angular, metallic controller would be a pain to hold. This is just a proof of concept, a designer showing himself what he can do with a couple of original ideas…

The many polygons also remind me a lot of the HTC Touch Diamond and ASUS ZenFone Deluxe models.

About Kelvin
Passionate about design, especially smartphones, gadgets and tablets. Blogging on this site since 2008 and discovering prototypes and trends before bigshot companies sometimes
Apple Glasses Gets Detailed on Renders and Video by Hasan Kaymak   Navy Blue iPhone 12 Shown Off in Concept Video