Although Mithun Darji, the creator of this watch phone concept says that this is a Windows 7 device, I tend to believe it’s either based on Windows Phone 7 or Windows 8, considering those tiles. It’s still a pretty cool device, that Dick Tracy would wear in a heartbeat. The wrist watch with phone functions can do many tasks, it integrates media playback keys, Bluetooth and WiFi. 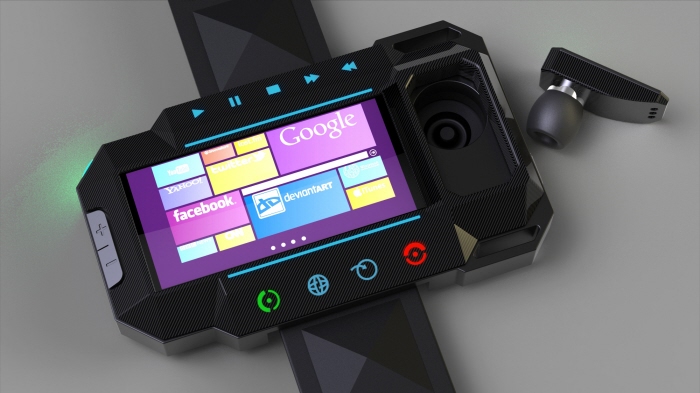 It also integrates an earpiece, volume buttons and 4 shortcut keys at the bottom, that looks like call/end call keys, a button for the web browser and probably a Back button. I guess that there’s also a camera on board and at least 8GB of storage should be available on the watch phone. The designer says that the styling of the device is inspired by the retro-futurist trend and the Matrix movie, as far as form factor is concerned. I’ve always thought that the tiles from Windows Phone would be great on a watch, considering they can take up a small space and still be easy to use.

After all, this will be the idea behind the future generations of low end Windows Phone models, that Windows Phone Tango will support with 320 x 240 pixel resolutions, according to rumors, plus QWERTY keyboards. I’d see Windows Phone running on a watch, especially since it only requires a small resolution , a mere 1GHz CPU and only 512MB of RAM. Also, the price will be decent if someone like Huawei or LG makes it… 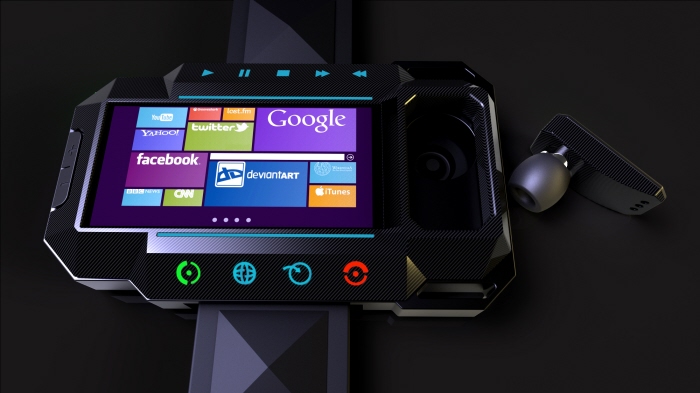 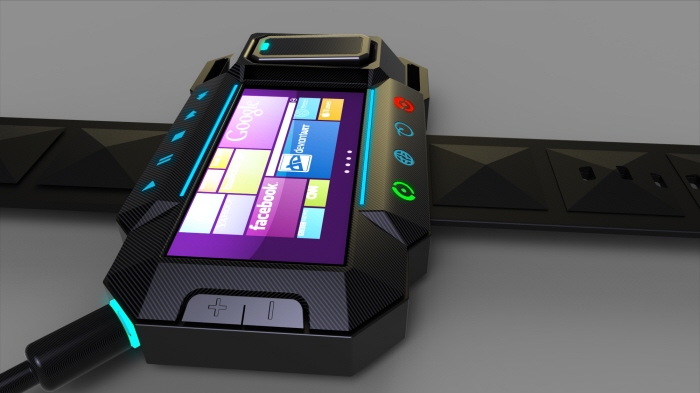