And here’s yet another design from Bob Freking, this time an iPad 3 imaginary product. We’re dealing here with a collection of pretty realistic specs and pretty much the same form factor as the previous iPad units, plus a Home button that seems tweaked and turned into a capacitive one, according to Bob, the creator of the concept. 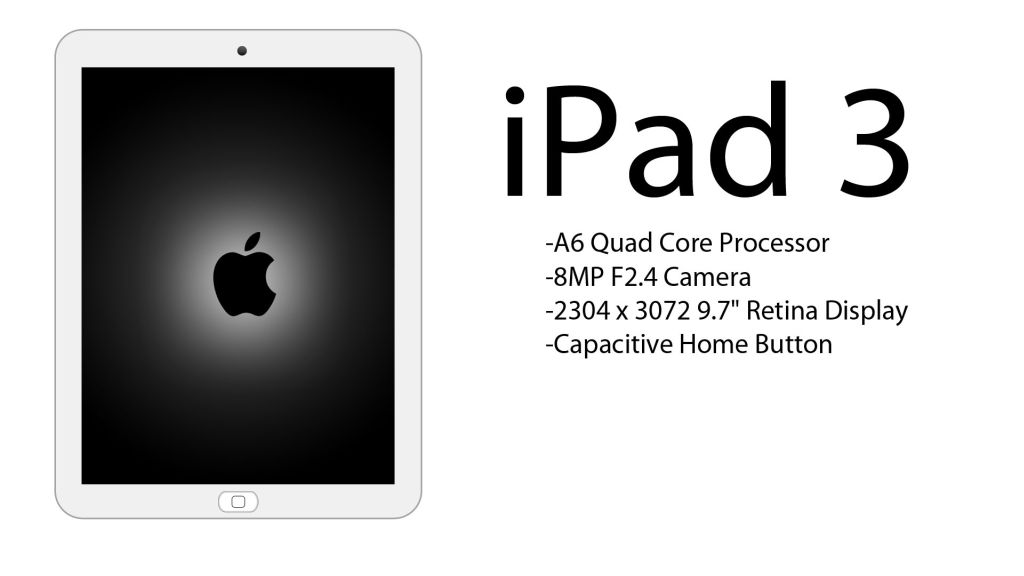 The iPad 3 here uses an Apple A6 quad core processor, an 8 megapixel F2.4 camera and the appealing feature of the slate is actually the 9.7 inch Retina Display with 2304 x 3072 pixel resolution. 1GB of RAM is also included and a 2MP front HD camera as well, for Facetime use. I guess that this device will be available in 16GB, 32GB and 64GB versions and honestly speaking it’s not that far from what everyone expects the next iPad to be like. One thing’s for sure: everyone wants and imagines a better display and camera on the next Apple tablet.

Will we be disappointed and if so, what will be the biggest thing that Apple will forget to include on the new tablet?