LumaFusion For Android And ChromeOS: Does It Live Up To The Hype? 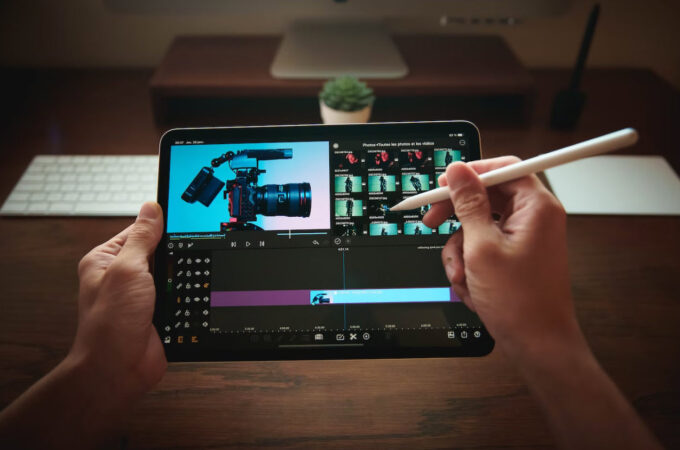 In November 2022, LumFusion finally became available for Android and ChromeOS devices worldwide. Plans for the move were first announced in October 2021 – having been one of the most popular video editing apps for iOS – but the transition has clearly taken time to perfect.

Even now, the version of LumaFusion available for Android and ChromeOS is an open beta build, available at an introductory $19.99 (which is essentially 30% less than its original price), but you wouldn’t notice it.

For video creators, this has to be described as an absolute must-nab. As mentioned before, LumaFusion has long been a powerful iOS video editing tools – with Final Cut Pro as its biggest Apple-based competition – allowing you to not only effectively snip and cut clips on a timeline but also edit them, colour correct, add VFX, audio tracks and more. This version for Android and ChromeOS lives up to all of this and then some. Let’s start with the performance:

The Performance Of LumaFusion

The question that many creators will be asking is whether this is the best video editing software in the market. Well, as mentioned before, Final Cut Pro is hard to beat. For Android and ChromeOS mobile software, however, it is right up there for those wanting consistency in their on-the-go video quality.

So many mobile video editing suites – especially on Android and ChromeOS – are essentially scaled-down versions of their desktop equivalents. This means that if you are away from the studio or your own home studio, you are unable to edit on-the-go to the same quality and consistency as you would on your base device.

LumaFusion, even at a beta level, does away with that stigma. Multitouch is nicely built into the software, and all the usual controls are tailored to become unobtrusive when you are in the process of crafting your timeline. Render times are also stellar for mobile software.

On a standard ChromeOS device, a three-minute timeline can be rendered at 1080p in just under sixty seconds, and rendering to 4K only adds a few seconds to that total render time. This is even more of an achievement when placed next to the iPhone equivalents. In terms of speed and performance, Android and ChromeOS completely outpace their biggest rival.

What Other Features Does LumaFusion Offer?

If you’re seriously considering downloading LumaFusion for your own editing needs – because, let’s be honest, why wouldn’t you? – then you will need more information to understand if this is the software for you.

From an editing standpoint, LumaFusion gives you the opportunity to layer as many as six videos and audio tracks to your video, including preset effects or designs of your own. You can cut, copy and paste sections of your timeline between projects – using what is known as “multiselect” – and you can even add little markers with notes.

The effects themselves are plentiful, with the ability for green screen, luma and chroma keys, styles and colours. The colour correction tools are powerful, with the option to add colour LUTs or use your own. In terms of managing the project, you are able to work in frame rates between 18fps to 240fps, and there are a variety of aspect ratios – portrait, landscape, square, widescreen, etc. LunaFusion also gives you the ability to create slow-motion or fast-moving content with smooth 120fps to 240fps files and the ability to edit in time-lapse.

Basically, whatever video you are attempting to create, you can create it. The reason LunaFusion has become so notorious in the industry is due to the fact that no content creator is forgotten or overlooked. LumaFusion caters to everyone and ensures that – even on your phone – you can create exactly the video that you want to make.

What To Do After Downloading

So you’ve downloaded LunaFusion and you’ve created the video that you want to create. Now all you need to do is share it. This is also made easy with the software itself. You can easily share any movie with complete control over quality, frame rate and resolution. You can create a snapshot of specific frames and even archive your projects for another time. Whatever you want to do with your stuff, it’s up to you.

It is important to note, however, that whilst LumaFusion is certainly a big step for Android and ChromeOS video editors, it does not necessarily mean you are going to get it right the first time. Video editing can be tricky – no matter what software you are using – and LumaFusion is not going to solve this.

What it will solve is the space in which you can practice and get better. This is what every video editor has to go through, and perfection comes with patience. What LumaFusion offers is a suite that sets you off on the right foot and is incredibly inclusive, giving you the best tools for a good price and the ability to use them wherever in the world you happen to be. So go get it, try it out, get comfortable, and you will find your craft beginning to take a beautiful shape.

About Kelvin
Passionate about design, especially smartphones, gadgets and tablets. Blogging on this site since 2008 and discovering prototypes and trends before bigshot companies sometimes
5 Important Things to Consider Before Choosing A Live Sports Streaming Service In UK   What Are Your Video Strategies?