From what I remember there hasn’t exactly been an avalanche of Android L handsets in the world of concepts, so this Motorola phone is a treat. Below you can see the Motorola Moto XL, created by the brilliant Hasan Kaymak. 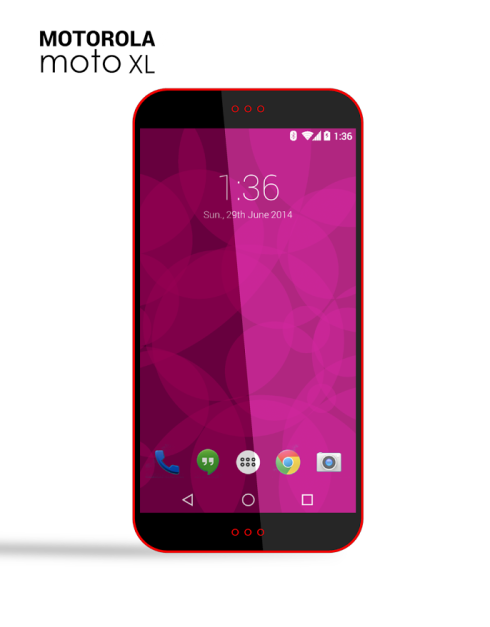 We all know that Motorola is lurking in the shadows, after being bought by Lenovo and they took the phone launches down a notch. They’re surely preparing an Android L phone and they’re still in the smartwatch game with the Android Wear model Moto 360. But how about phones? We’re due a Moto X+1, but till then we get a phablet looking unit from Hasan Kaymak. We only have the name and looks to go by here…

So, if I can speculate I’d say this model packs a 5.5 inch display and it’s aimed at being a HTC Desire 816 rival. It has a quad core Snapdragon 400 CPU, dual front speakers, a 13 megapixel camera and 2 GB of RAM, in my view. The screen has a pretty small bezel and there should also be a front camera in the mix. I can’t really say how this model stands out from the crowd… Exchangeable covers again maybe?

About Kelvin
Passionate about design, especially smartphones, gadgets and tablets. Blogging on this site since 2008 and discovering prototypes and trends before bigshot companies sometimes
iPhone 6 Pro Rendered With Wireless Charging (Video)   Nvidia Graph Sounds Like a Hardcore Gaming Smartphone