Phones have gone from devices that make and receive calls to handsets that must feature a camera, most of the modern types of connectivity, some serious media playing potential a many gigs of memory.

Motorola Twirl is one of those concept phones that can be used for more than just calling, as it’s your mobile wallet, allowing you to pay bills, but also your car key, opening the door for you, when you had one too many beers. 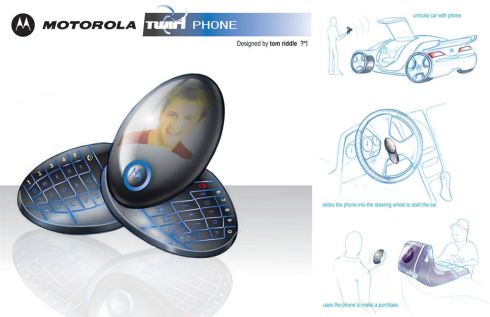 The concept was created by Tom Riddle and, as you can see in the picture this is a three-faceted device that reminds me of a couple of leaves. Moto Twirl can also be attached to your steering wheel in order to start the car and some of you gamers might notice that the layout of the concept phone’s keypad resembles the one of a joystick.