Everyone is saying that the Amazon Kindle Fire 2 is incoming and it may arrive in the following weeks, but no one know what it will be like. Some say we could see a new 7 inch tablet, while other say it will be a 10 inch iPad rival. Well, summing up all the rumors about the Kindle Fire 2, Jonas Daehnert created a wonderful mockup of the device. 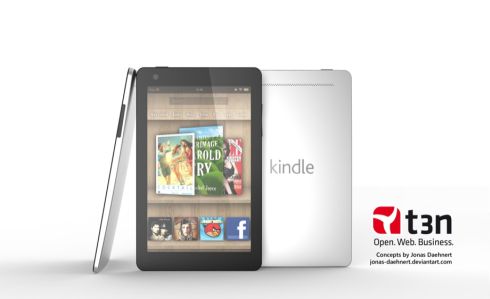 The people in the know expect the real product to debut in early August, so we’re almost there. As you can see, the tablet’s UI is similar to the predecessor’s, with a main “Shelf” for apps, games and publications/media content. There are two versions of the tablet apparently, one with a 7 inch screen and a 10 inch Kindle Fire. The bigger one is an iPad rival and the smaller one a Nexus 7 rival. There are front cameras on both models and a back camera on the 10 inch Kindle Fire 2.

You can see that the devices are slightly curved at the back and that they hold their speakers at the top, with those tiny grills being a very nice touch, close to the camera on the 10 inch unit. If I were to imagine some specs, I’d say that the Kindle Fire 2 concept comes with a quad core Tegra 3 CPU, 8/16GB of storage, 1GB of RAM, a 3 MP camera or maybe 5MP one, NFC, Bluetooth and WiFi. GPS is optional and there’s a lot of cloud storage bundled. Congrats Jonas for the original idea! 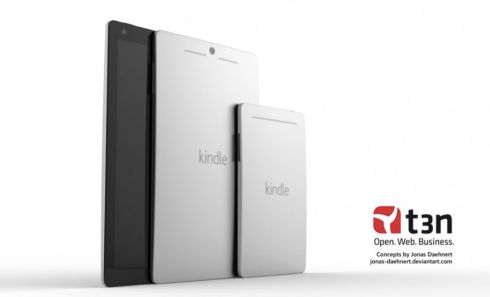 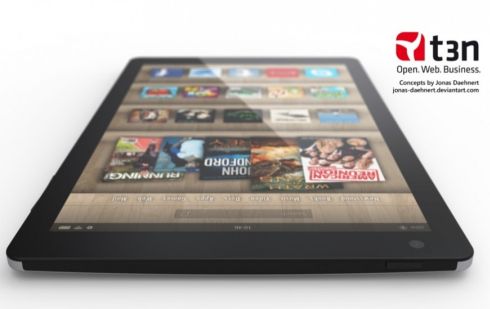 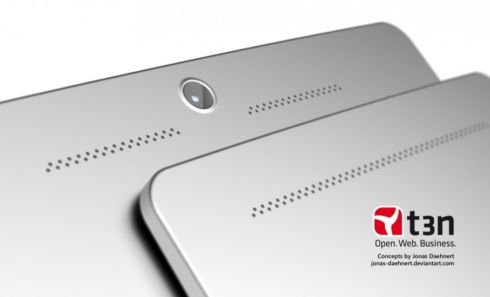 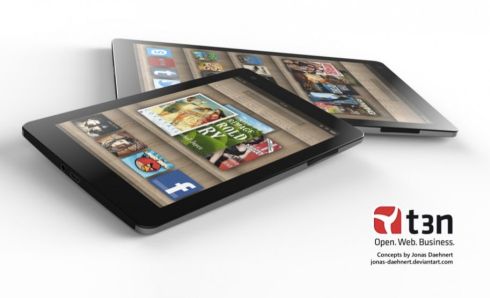