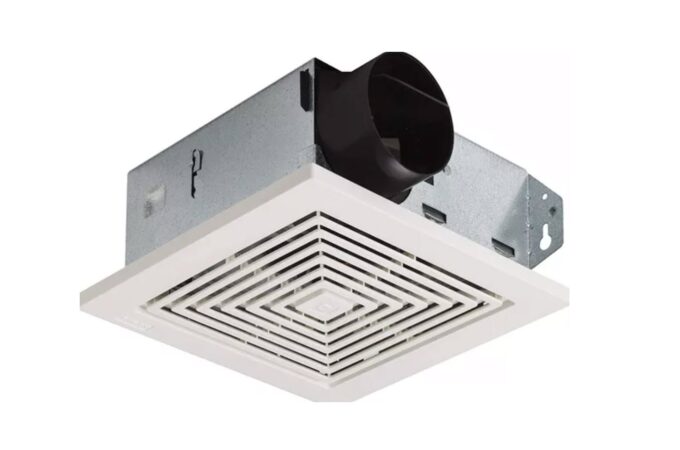 An extractor fan is essential for good ventilation for the entire house, but it is crucial for areas exposed to more moisture such as bathrooms and kitchens. Without proper ventilation, the areas exposed to humidity will be prone to condensation, dampness, and the growth of mould and mildew. If left untreated, this could spread to other parts of the building, leading to health hazards. As such, an extractor fan is not a luxury – it is a necessity. However, it is equally important to choose the right extractor fan for your needs.

Most domestic exhaust fans extract about 21 litres of air per second, which is good for an average-sized bath or shower room. But, to ensure that the room is fully ventilated, it might be a good idea to opt for a model with an over-run timer that keeps the fan running for a particular period even after you turn it off. Most extractor fans have a back-draught shutter to stop cold air from blowing in from the outside. You can also opt for a model with a humidity sensor that will automatically activate when the moisture levels exceed a certain threshold.

Let us now look at the important things to consider while choosing an extractor fan:

As electricity and water do not mix well, there are regulations stipulating which areas you can install different kinds of electrical equipment including lighting, plug sockets, and extractor fans. For instance, the bathroom can be divided into different zones:

Devices come with an IP rating indicating their resistance or that of their enclosure to solid and liquid penetrations. While choosing an extractor fan, remember that fans in Zones 0, 1, and 2 would need high IP Ratings for liquids.

You can choose from a range of modes to operate your fan. You can opt to operate it manually by turning on a switch (often a cord switch which functions like a light switch as well) or by remote control. Certain fans come with timers, so they turn off at a set time after the lights are turned off. There are fans with PIR (Passive Infrared Sensors) that operate when someone enters the room. Likewise, fans with humidity sensors turn on and off according to the change in humidity or moisture levels in the air.

Not many people think of the noise levels while choosing an exhaust fan, but it should be one of the factors as some extractor fans can be noisy. This can turn into a problem, especially if they are loud enough to disturb neighbours if you have babies and you tend to bath or shower during their bedtimes. Many low-noise models are available, and most manufacturers provide a decibel level so that you get an idea of how noisy they are even if you can’t see a demo.

Certain other factors you must keep in mind while choosing an extractor fan are:

In short, choosing an extractor fan is not a decision to be taken lightly. There’s no one size fits all solution. You have to bear the above factors in mind and make a choice according to your specific needs as well as the best-suited location for the fan such as a wall, ceiling, or inline. You can then go for a grill, roof vent, or soffit option.

About Kelvin
Passionate about design, especially smartphones, gadgets and tablets. Blogging on this site since 2008 and discovering prototypes and trends before bigshot companies sometimes
10 Ways To Save Your Phone From Breaking   Apple iPhone 14 No Notch Concept Rendered Again