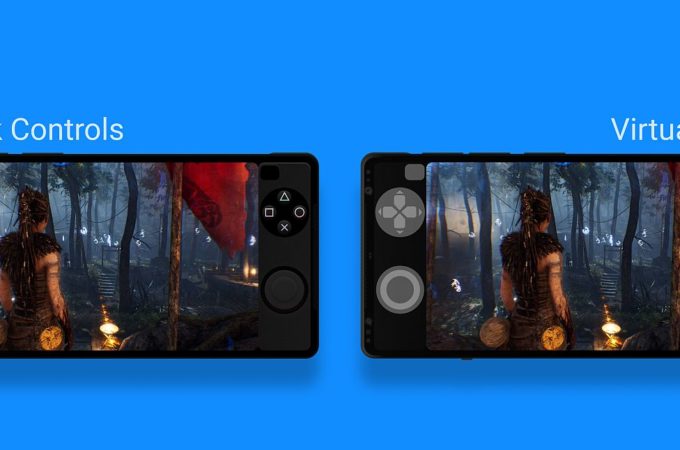 The mobile phone industry is one of the fastest expanding. Not long ago, the most popular check phone was the Nokia 3310, which had just the most basic functions: call, text, and the sole acceptable game, snake. However, much progress has been done since then.

We wish to present you with a collection of unique and intriguing futuristic concept phone designs that would be ideal for gaming for Indians in this post.

What’s interesting about this Vivo phone prototype is that it’s nothing like the smartphone you’re currently carrying (or holding if you’re reading this on your phone). The Vivo Tri-fold is essentially a tablet that folds twice in a Z-shape (similar to a Samsung design) but manages to have an exceptionally small profile, measuring no more than a moderately thick smartphone from almost a decade ago.

The Z-shaped folding technique provides you with a screen on the front that allows you to use the Vivo Tri-Fold as a regular phone, while its complex hinge system allows you to open it up into a tablet that can be used in-hand or kept standing upright on a tabletop surface (probably using a pop-out stand), while the projectors in the lower corners provide you with a virtual keyboard to type on, making it perfect for gaming apps, productivity, or even cricket betting apps, among other uses.

Yifan Hu, an industrial designer, has created the Xiaomi Mi phone of the future, which is inspired by the brand’s recent journey into the “Alive” branding identity, which was revealed in March 2021. To represent a truly active existence, the phone adheres to the “Alive” idea of the letter.

The gadget is rather slim and appears to be ergonomically balanced to grasp for a pleasant experience. The new “Alive” themed emblem on the back suits the overall design of the concept smartphone well. Yifan envisions the smartphone in desirable hues such as coral green, sky blue, zesty orange, off-white, and grey.

The Theia Imaging Smartphone Concept immediately gives off that strange camera-centric atmosphere. The concept appears to be any other smartphone at first glance, but it looks more like a standard portable gaming system from the past — the ones that played 2D games in monochrome colors. However, it features an entirely alien design on the back to suit quality photography and video shooting demands. It even includes a tiny screen on the back designed exclusively for making vlogging footage.

According to a 2020 patent, OnePlus may be developing a smartphone with a single main lens that spins independently, reducing tilt when capturing films for better stable footage. The specifics or functionality of such a camera are unclear. The concept graphic appears to be a mash-up of OnePlus’ subsequent phones, with a camera evocative of the Nokia Lumia 1020.

According to the patent, the camera isn’t like the OnePlus 7 Pro’s pop-up camera, but rather uses a network of magnets to spin in its spot like a turntable.

The modular phone has been a fantasy for many large names, including Google, which spent a lot of work on Project Ara just to abandon it a few years ago. The concept of a modular smartphone is intriguing but bringing it to the general market will be difficult. Fairphone has held on to this challenging arena with its current model, the Fairphone 4, powered by the Qualcomm 750G, generating some significant market waves. When it comes to repairing parts, the phone’s modular design makes it long-lasting. It’s no surprise that it scored 9.2 on the French Repairability Index and 10/10 on the iFixit test.

Nicola Morelli’s Soul smartphone idea, like the Fairphone, provides us something to fantasize about. A phone that can transform into a high-end DSLR camera or a high-end customized fitness gear. The Nintendo Switch-like interactive feel is primarily about altering the shape of the device by utilizing vast modules rather than just adding features by exchanging internal components. The soul is one of the modules, and the other attachable modules are known as bodies. When no further functionalities are required, the core module may be utilized as a simple smartphone.

TCL appears to enjoy displaying eye-catching prototypes at trade fairs, and it’s doing it again today for MWC 2022. Along with a slew of new phones and tablets, the business also unveiled a prototype product dubbed the “Ultra Flex” — a phone with a 360-degree rotating hinge and a flexible display that bends with it. This implies it may fold in on itself as well as out into the world.

This is a technically difficult prospect since the screen must stretch significantly more than those that just bend in one direction. The strip directly above the hinge, in particular, would most likely be stressed.

About Kelvin
Passionate about design, especially smartphones, gadgets and tablets. Blogging on this site since 2008 and discovering prototypes and trends before bigshot companies sometimes
Forgot iPhone Passcode? Here’s How to Unlock without Restore   4 Simple Ways How To Get Free Money Instantly