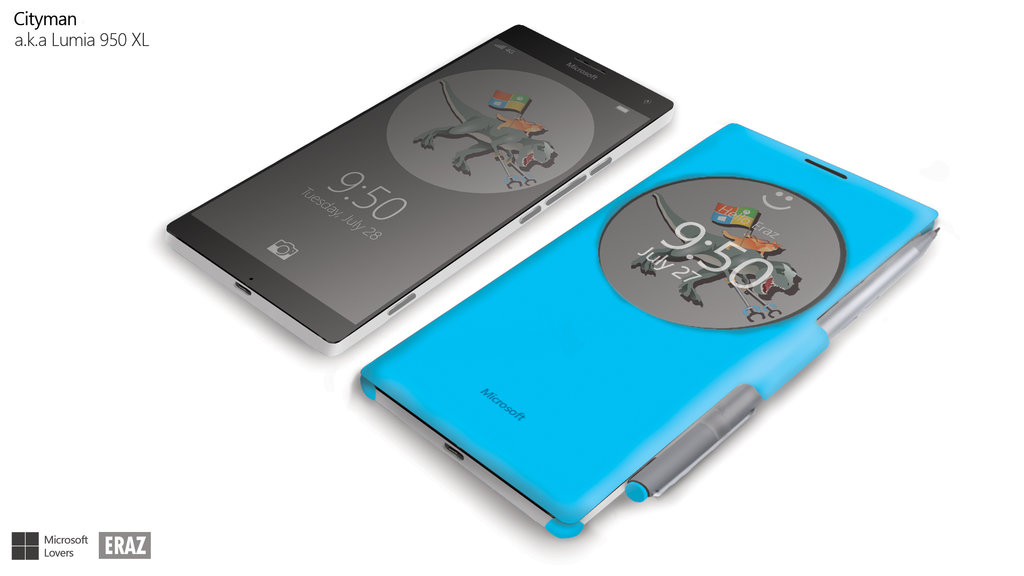 Since today is the big day of the Windows 10 launch, we may as well celebrate it with a flagship Windows 10 phone right? Of course, not an official one, but a concept of the Microsoft Cityman aka Lumia 950 XL. These renders have been created by Muhammad Fairaz. 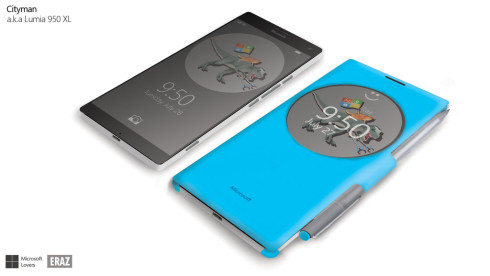 The concept is based on renderings from Windows Central and some of the latest leaks on the web. So, it appears we’re dealing with a model that feels a bit like the freshly launched OnePlus, in terms of rectangularity. It has a few extra buttons I can’t quite figure out on the right side. I know one is the volume button and one may be the On/Off button, plus a camera button, but what about the fourth? 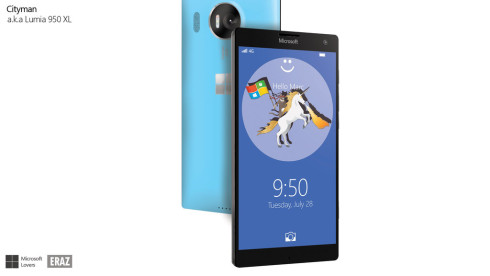 The design is rectangular, not atypical for a Fabula Design model and the bezels have been shrunken. There’s a special S View style cover placed onto the device, with a placeholder for a cute stylus. Microsoft Cityman has a bit of a rounded back, a generous speaker next to the circular camera area and some pins at the bottom for the wireless charging accessories.

The Windows logo is more prominent than ever and it would nice if it glowed, like on those Apple concepts… I’d say this handset is made of polycarbonate rather than metal… Specs include a Snapdragon 810 CPU, 3 GB RAM, 5.7 inch Quad HD Screen, 20 MP Pureview Camera and Windows 10 for Mobile.

[via Deviantart and Microsoft Lovers]

About Kelvin
Passionate about design, especially smartphones, gadgets and tablets. Blogging on this site since 2008 and discovering prototypes and trends before bigshot companies sometimes
Commodore Amiga 500 Phone Takes Us Back Many, Many Years   HTC Aero Gets First Video, More Renders From Hasan Kaymak (Video)