The group Microsoft Lovers has come up with a few lovely Lumia concepts over the past months, but one more can’t be bad, right? Well, today we come across the Microsoft Lumia 940 and the Lumia 940 XL concept, created by the same people. 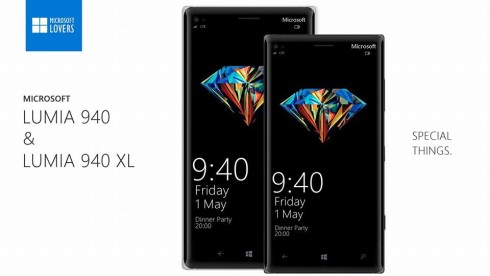 Both models seem to stick with some of the usual Nokia/Lumia design traits, but they also change some aspects. For example, the camera area, while staying big, it’s not protruding as much now and seems to have glass protection. The facade of the handset seems to feature curved glass, much like the ZTE Nubia Z9. Microsoft Lumia 940 is a 5.2 inch Super AMOLED affair, with a Full HD ClearBlack screen and an aluminum unibody case. 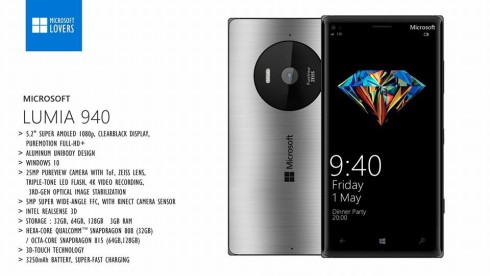 There’s Windows 10 as the OS here and the main selling point is most likely the 25 megapixel Pureview camera with Zeiss Lens, triple tone LED flash and third gen OIS. The feature list is very big and includes a 5 MP super wide angle selfie shooter, Intel Realsense 3D, up to 128 GB of storage and 3 GB of RAM. The hexa core Snapdragon 808 CPU is placed inside, but the 128 GB and 64 GB versions get the future Snapdragon 815.

Finally, 3D touch and a 3250 mAh battery are also here. Lumia 940 XL adopts a 5.7 inch Super AMOLED 2K display, the same camera and OS, but it also gets a cool stylus and a 3950 mAh battery. Special things indeed! 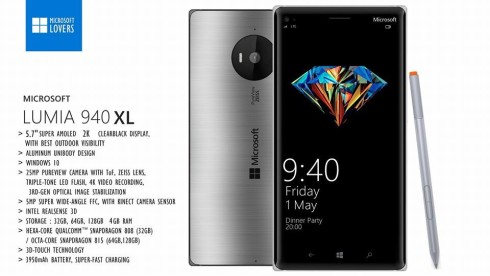 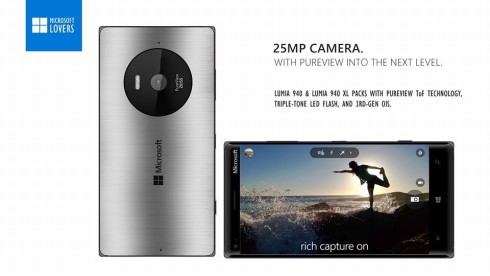 About Kelvin
Passionate about design, especially smartphones, gadgets and tablets. Blogging on this site since 2008 and discovering prototypes and trends before bigshot companies sometimes
HTC Clear Concept Phone is a Transparent Handset Made of a See Through Glass   Samsung Nexus 5 (2015) Envisioned by Miqdad Abdul Halim