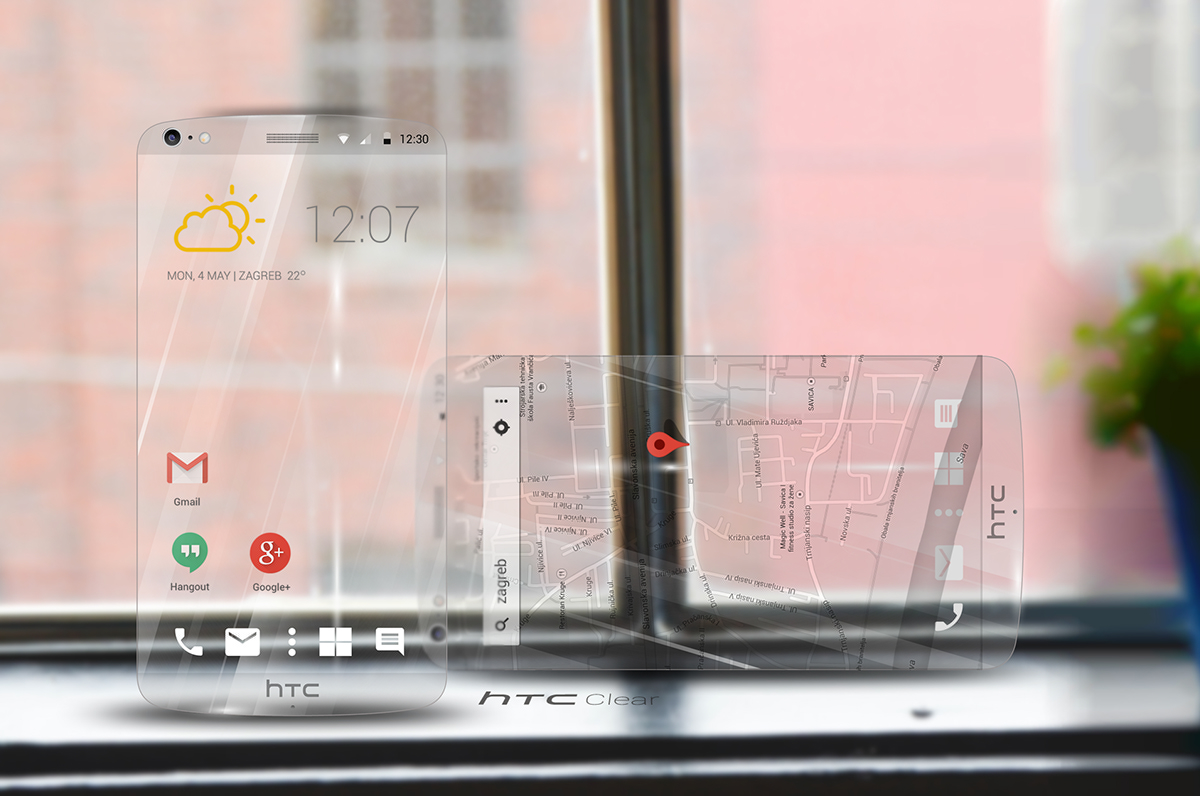 I’m pretty sure that ever since this site was founded I’ve seen less than 20 see through glass concept phones. Thus, I can say that this approach has been neglected. Well, no longer, since Webomedia from Croatia has created a glass and see through HTC concept handset. 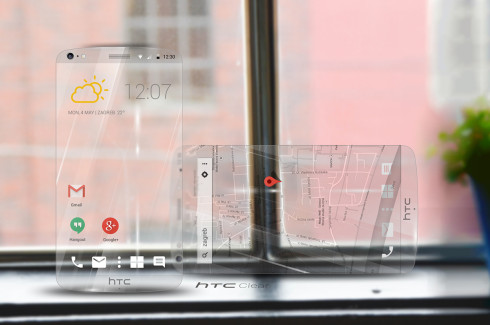 It’s called HTC Clear and it comes with an edge to edge display, as well as what appears to be a totally glassy case. There’s no telling if the effect is created via optical illusion, using a bunch of cameras, or if the case is actually all glass, but it does look interesting. There are several problems that such a design poses: fragility, thickness, the inclusion of components in an efficient way and the ease of use.

I guess it may be fine to enjoy the augmented reality benefits of a transparent design, but it’s also very distracting to see what’s happening in the background while you’re texting, checking your Facebook or email. In the end it could work with a bunch of cameras, that turn transparency on or off, depending on what they capture.

About Kelvin
Passionate about design, especially smartphones, gadgets and tablets. Blogging on this site since 2008 and discovering prototypes and trends before bigshot companies sometimes
iPod Pro Brings Back the Famous Music Player In a New Format   Microsoft Lumia 940 and Lumia 940 XL Rendered by Microsoft Lovers, With Realistic Specs