A Nokia N9 successor, a so called Nokia N10 has been in the cards for many years now, with a ton of speculation and concepts around it. Today we go back to that idea, courtesy of a concept that Deviantart user Timblaer created. The device is called Nokia N Arc: 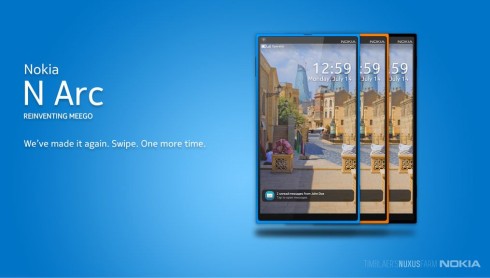 In case you’re wondering, no, it’s not Nokia Narc, but N Arc. The designer claims he really likes the N9 model and the MeeGo Harmattan 1.2 OS, so he created a successor for it. This is MeeGo Harmattan 1.3, with all the swiping gestures you need. There’s enhanced security, a swipe-based UI and many more apps compared to the first release. The N Arc also features a 21 megapixel camera with 4K video capture, something that not even Pureview phones have.

We also get Zeiss lenses and the ability to shoot full HD slow motion videos at a crazy 480 FPS. Finally, the Nokia N Arc features a small bezel 4.95 inch Full HD display, with ClearBlack technology. The design is pretty similar to the N9’s only even more minimalistic and discrete. 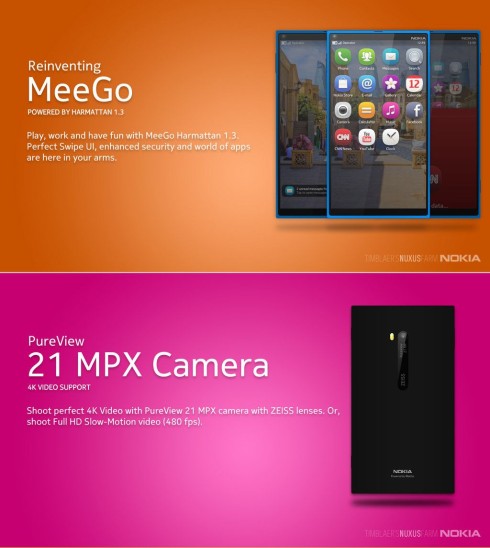 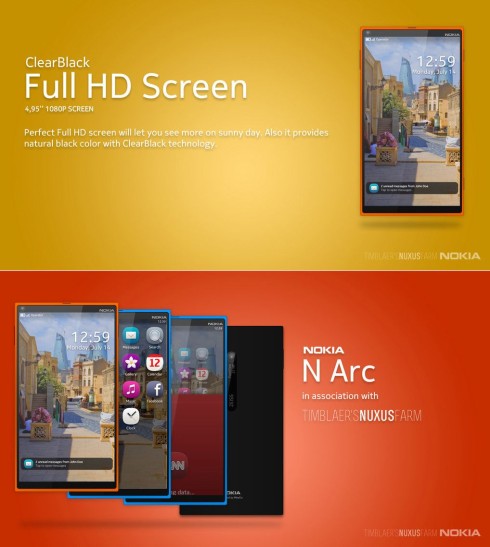 About Kelvin
Passionate about design, especially smartphones, gadgets and tablets. Blogging on this site since 2008 and discovering prototypes and trends before bigshot companies sometimes
Yet Another Galaxy Note 4 Design Pops Up…   iPad Mini 3 Gets Beautiful 3D Design Courtesy of Martin Hajek