Want a device that’s both futuristic and elegant, both sci-fi and scheduled for 2010? A team of designers created the incredible Nokia CLIPit concept phone, that is considered 2010 material and comes with incredible feats, like using the finger print as a SIM, a 12 inch screen and Persian turquoise stone encrusted. 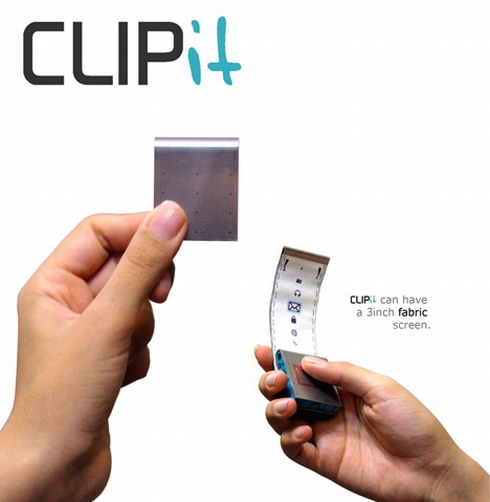 This is the creation of Mohammad Zamani, Ziba Hemmati, Mir Kazem khalifezadeh, Ali Khajuee and Rasul Shokrani. Nokia CLIPit is made out of brushed steel, among others and it features a touch pad dot matrix screen, a clip on design and “smart fabrics” that pull out the 12 inch screen. On top of the device there’s a steel touchscreen based on a group of tiny Light Emitting Diodes incorporated in the steel section.

This can generate dynamic buttons, serving all purposes, from navigation, to dialling numbers and music control. If you pull down the device’s clip, it’ll turn into a hands free and you should also know that the Nokia concept can be connected to any other gadgets by clipping it to them. 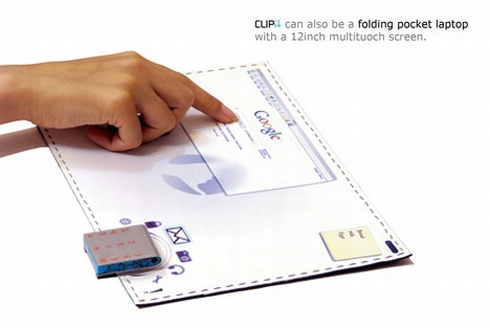 If you’re curious about the huge 12 inch screen, know that the basic display is a 3 inch unit, but it’s made out of a flexible cloth, based on Philips’ Lumative technology. The 3 inch color screen is the upper layer of the screen, but it can expand its size via “smart fabrics”, that are cloths with sensor nets between their layers, with touch support embedded.

Thanks to this technology, Nokia CLIPit can become a pocket folding 12 inch laptop. Although not many people noticed this beautiful concept, I dare to say that it’s as important in 2009 as Nokia Morph was in 2008. Great effort from the designers and it would be a pity if CLIPit remains a concept. 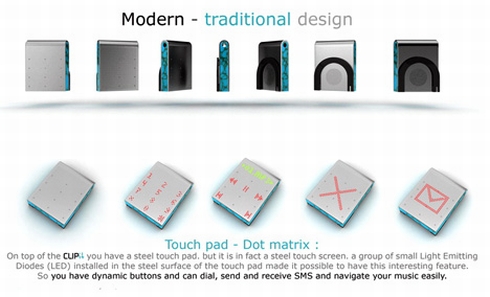 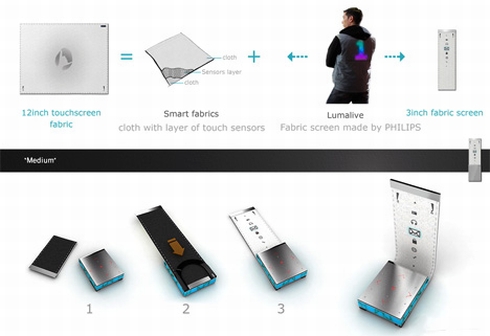 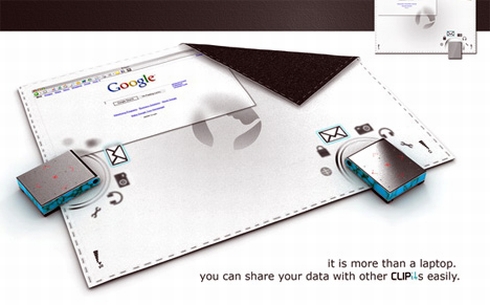 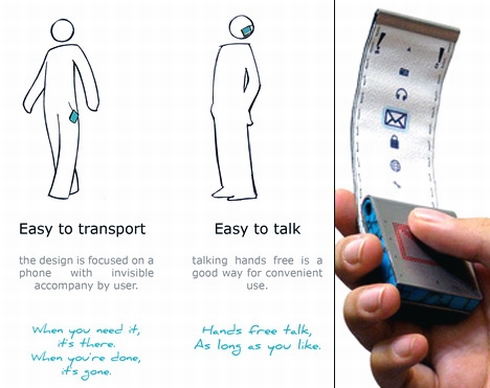 About Thrystan
Tribons Future Computer is All About Mobility   Label With Green Concept Phone is All About Upgrades, Eco-Friendly Technologies