Nokia Lumia 95, the Revival of Nokia N95 With a 20MP Camera and Windows Phone 8

Nokia N95 was a fantastic phone when it came out and it was way ahead of its time and competition. Now, Bob Freking proposes us a follow-up to the device, the Nokia Lumia 95, a device that runs Windows Phone 8 on top of 4GB of RAM and packs a fantastic 20 megapixel camera. The handset relies on a sliding keyboard design, as seen below. 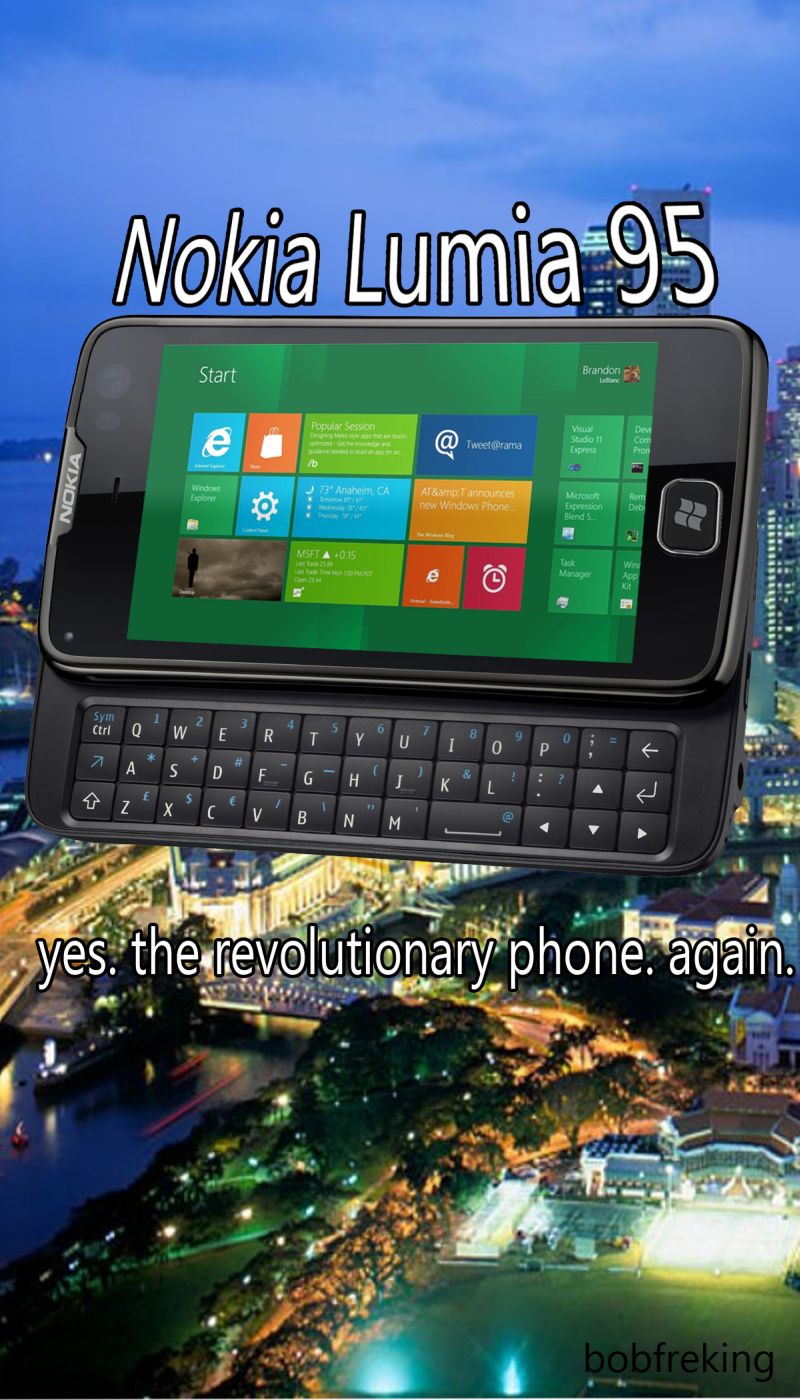 Nokia Lumia 95 uses a 20.3 megapixel Carl Zeiss camera with Xenon and LED flash and support for super smooth 1080p video capture. Inside the device there’s a 1.8GHz Core 2 Duo mobile processor from Intel with x86 architecture. This model is running Windows Phone 8, that integrates Windows 8 functions within it, including the possibility to run .exe files and “extreme gaming”, according to the designer. That extreme gaming is done with the aid of an AMD Radeon HD Mobile Graphic Card.

A 2500 mAh battery is powering up this rig and there’s also a front facing camera in the mix, as well as a Nokia ClearBlack Display with HD resolution. This certainly sounds like a phone that’s ahead of its time, but we might see something like this on the market in 2013, to be honest… To me this design looks like a Nokia N900, that was a fantastic smartphone in its days and even continues to be for some people.