I didn’t exactly believe the recent rumors about a Nokia Lumia X with Android L and Canon camera technology, but they seem so much more real when they’re turned into renders. Designer Vishal Bhanushali has imagined the way such a phone would look like and you can see it below. 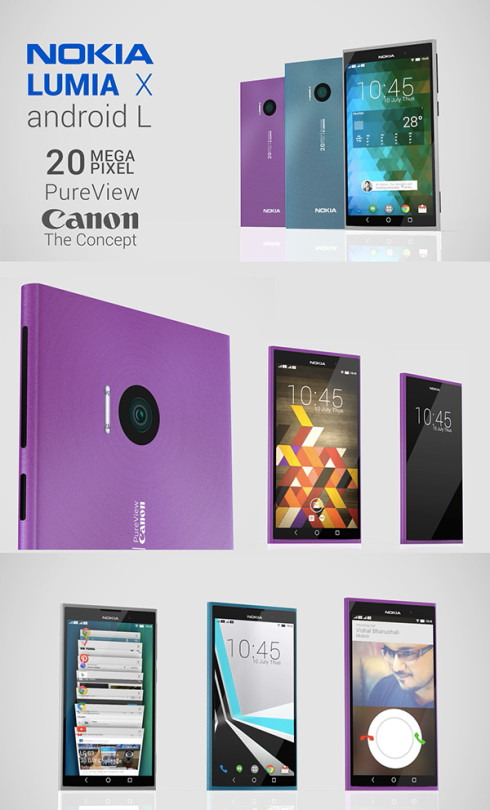 The Nokia Lumia X seems to keep the Fabula Design and it comes with a 20 megapixel Pureview Canon camera, placed at the back. Its edges are rounded and its back is flattened out. We’ve got Android L on board, with its cool new multitasking and those geometrical shape Android buttons. This model is a bit wide, just like the Lumia 1020 and it comes with a pretty big camera area. It also includes a Xenon and LED flash, as far as I can see.

I see a circular pattern at the back, pretty much like ASUS used on the metallic Transformer Pads. I have to say that Android L looks mighty sexy on the Fabula Design body. I’m pretty surprised to see Canon’s name included here and I’m sure Nikon will retaliate at some point. Would the Nokia Lumia X work in the real world?