From Mohammad Mahdi Azimi comes a new Nokia concept phone called Lumia Dawn. It’s pictured below and it’s based on a new concept: touch volume buttons. Recently I’ve heard that the LG Optimus G2 will be so thin that it will have the volume buttons on the back. Well, not it happens on the Nokia Lumia Dawn… 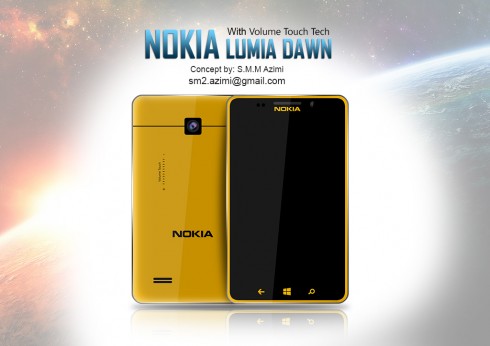 As you can see, there are volume gradations on the back, in an area that you’ll surely touch. We’ve also heard that the Motorola X Phone is supposed to have a touch area at the back, maybe a button. It appears this is a fad that may quickly be adopted by major device makers. And with handsets becoming thinner and thinner, placing a button or two on the back may become necessary.

Nokia Lumia Dawn looks like a change in design direction compared to the usual Lumias and it kind of reminds me of the beautiful HTC HD7. That was a massive phone, but it was well built and had a solid feel to it. 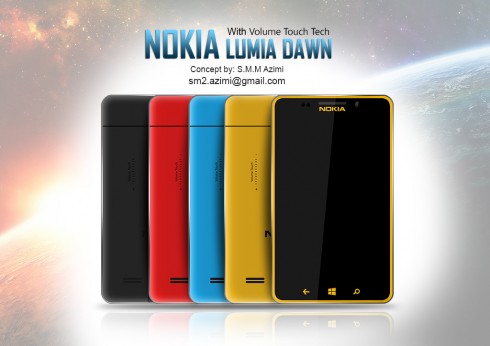