No week can pass without a fresh Nokia Lumia concept, this time one that upgrades the Pureview camera to new levels. Jack Tang created the Nokia Lumia K Windows Phone 8 design, that involves a 30 megapixel PureView camera, as shown below. We’re dealing with a very interesting form factor here, that curves the original Lumia format quite a bit. 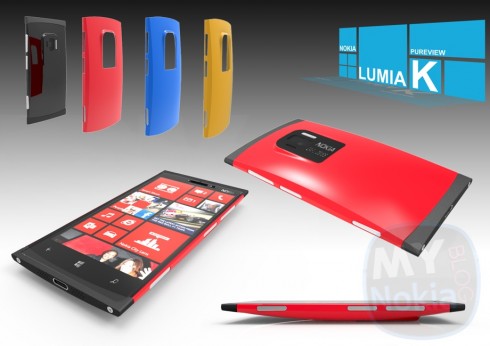 Nokia Lumia K is inspired by the Fabula design from Nokia, but with some changes, like the slim tapered edges of the device. This smartphone measures 12 mm in thickness, it has a 5 inch PureMotion HD+ display, polycarbonate shell and a 3000 mAh battery, as well as 2 GB of storage and 64 GB of mass memory. The 30 megapixel camera has a sensor size of 1/1.2″ and includes a potent flash. It’s interesing that the designer incorporated materials that protect the phone from impact at its top and bottom, the “soft crashworthy material”.

This Nokia Lumia concept uses the oversampling technology of the Pureview camera and has a bunch of professional settings and options like Aperture, Shutter, Exposure, each of them customizable in a lot of ways. The curved profile of the handset somehow reminds me of the HTC 8X, but only a bit. That’s an intelligent idea to integrate a bulky camera sensor, I have to say! 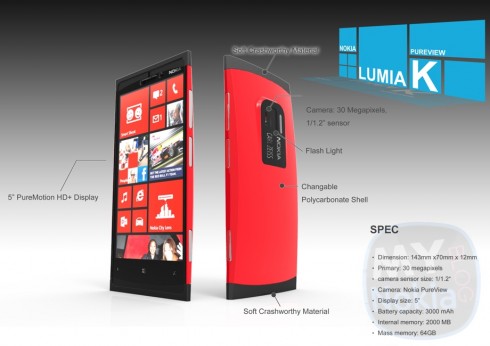 About Thrystan
Samsung Galaxy S4 Concept Design in Two Versions; Which One Do You Choose?   Yet Another Sony Xperia Nexus Phone, by Ben Ling