We’ve seen one or two Nokia Android phones before, but it’s on rare occasions that we get to see a Nexus Nokia device. Here comes the Nokia Nexus G, that’s shown in the video below and also in the pics extracted from it. These are the creations of Bob Freking and we look forward to getting more detailed shots of the device. 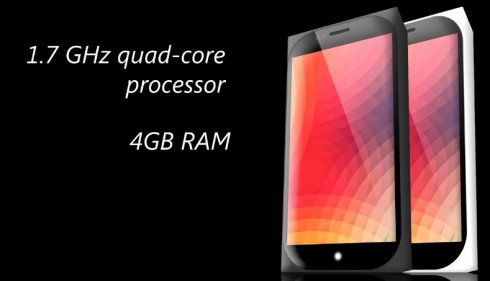 This Nokia Android phone runs Android 4.3 Jelly Bean and adopts a unibody polycarbonate casing, that’s ergonomic and very, very tough. To that we add Nokia Rich Recording and all the storage you can imagine, probably 128 GB. People can only dream of Google’s mobile OS on Nokia phones for now, but some of us, like Bob Freking are looking forward to the day when they say goodbye to Windows Phone.

About Thrystan
Samsung Galaxy S IV Concept Has a 12 MP Camera, Hyper AMOLED Screen   Nokia Aspen Brings Back the Symmetry that Was Lacking from the Lumia 920