OnePlus 11 Pro could feature rotating back camera; We Have a Patent, Concept Renders 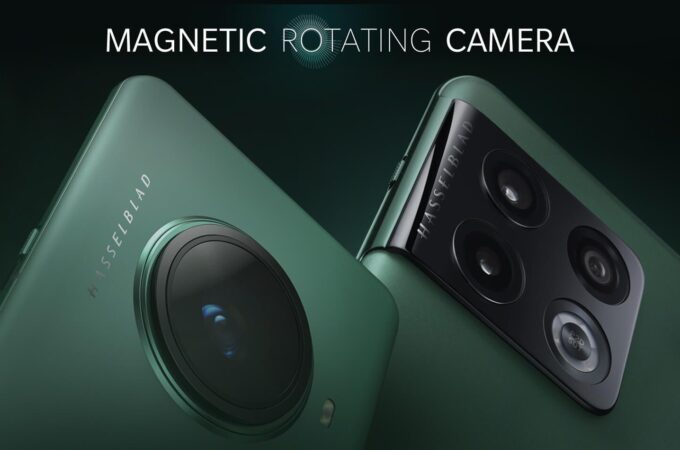 OnePlus 10 Pro already debuted last week and now there’s already talk of the successor. The OnePlus 11 Pro has just been rendered by Technizo Concept for Letsgodigital and it inaugurates a new idea: a huge rotating back camera. We see a patent and concept renders, plus a video.

This 2023 flagship is inspired by the WIPO patent trademark, after the documents were approved. The patent mentions a “camera module with electronic equipment” and shows a OnePlus smartphone with a huge back camera, which is actually a rotating camera, that lets you take photos and videos with an unique view angle. We also have renders of this machine courtesy of Technizo Concept.

The camera is able to rotate around its own axis and it uses multiple magnets to ensure a 180 degree spin. It also lets you achieve new angles when taking pics. The idea has been inspired by mirrorless cameras with a tilting screen. A special panoramic mode is available and there’s also the normal photo mode, but the whole movement thing is able to compensate for shakiness.

The resulting stabilization system is similar to the Sensor Shift used by Apple on the iPhone 12 Pro Max and iPhone 13 series. Hasselblad is still part of the project, as shown by the logo. Judging by the OnePlus 9 Pro and 10 Pro, it seems that OnePlus has a focus on the ultrawide camera. Last year it was the best on the market and now it’s got the widest angle, 150 degrees.

Next year? The angle goes all the way with a rotating camera, if it gets made.

About Kelvin
Passionate about design, especially smartphones, gadgets and tablets. Blogging on this site since 2008 and discovering prototypes and trends before bigshot companies sometimes
BetSofa: Information You Should Know   Importance of Enterprise Mobile App Development