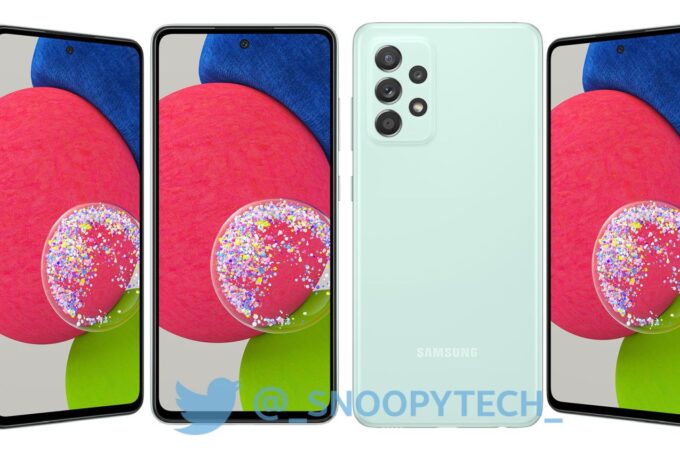 The next big midrange smartphone from Samsung is definitely the Galaxy A52s, which has just leaked. It appears in renders, in 4 color options and I’m actually pretty curious about the specs as well, since the A52 5G was a pretty solid phone.

The phone has already been listed on the BIS (India’s Bureau of Indian Standards) and also GeekBench. Another leak involves an European retailer, showing extra info about the device’s pricing. The 128 GB storage version costs between $532 and $590. The renders show the phone in 4 colors, such as Awesome Purple, Awesome White, Awesome Black and Awesome Mint.

The design is virtually identical to the Galaxy A52 5G. The device will be made of plastic and it should have an easy to recognize camera module. Leaked specs include a Qualcomm Snapdragon 778G CPU, which we haven’t seen much of lately. 6 or 8 GB of RAM should be included, plus Android 11 with One UI 3.1, NFC, 5G. We’re expecting the 6.5 inch AMOLED screen to be kept with Full HD+ res and 120 Hz refresh rate.

I’m also willing to bet that the 32 MP camera is intact, while the 64 MP camera with OIS is also unchanged. There may be some swaps for the 12 MP ultrawide lens, the 5 MP Macro cam and 5 MP Bokeh shooter. A bigger 5000 mAh battery would be nice.