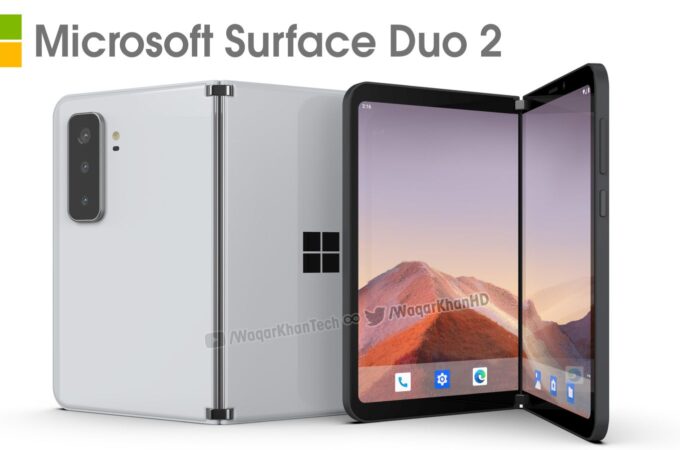 Another day, another set of renders for a yet unlaunched phone is here. This time we’re dealing with the Microsoft Surface Duo 2 smartphone, which receives a trailer courtesy of Waqar Khan. The device was leaked recently with a triple back camera, which is a big upgrade seeing how the predecessor didn’t even have a main camera.

Microsoft rushed to be part of the foldable trend two years ago, when it unveiled the Surface Duo. Plagued by delays, the device debuted a year later and it felt quite dated. It didn’t have 5G, the CPU was already old and we only got a selfie camera. There were some problems with construction, the USB-C port area started to get damaged after a while. Subsequent price drops confirmed this as a flop.

Now the Microsoft Surface Duo 2 is here, aimed at a Fall 2021 release and it should be able to fix the problems of the first gen model. Designer Waqar Khan has created here a a sleek design, but one that still keeps 85% of the predecessor’s approach. We get a back camera, a triple one, that seems to impede the fully flush closing of the two screen pieces. Microsoft keeps the Nintendo DS style approach and offers us a device that opens up like a book and has a rather large hinge between the two screens.

The new colors are purple, white, black and gray. The back camera is probably a standard affair: 64 or 48 MP, 8 MP Ultrawide and 2 MP Bokeh or Macro. We could see Android here with a Microsoft launcher, or maybe even a flavour of Windows 11, since it also runs Android apps.

About Kelvin
Passionate about design, especially smartphones, gadgets and tablets. Blogging on this site since 2008 and discovering prototypes and trends before bigshot companies sometimes
Samsung Galaxy A52s 5G Renders Leaked Ahead of Launch   7 Apps and Websites That Can Transform The Way You Learn