Shaik Imaduddin has a new vision on the Samsung Galaxy S IV, that will be announced on March 14th in New York. He imagined that the new device will have a front camera placed at the bottom and also made the device a bit more rectangular than the very rounded S III. 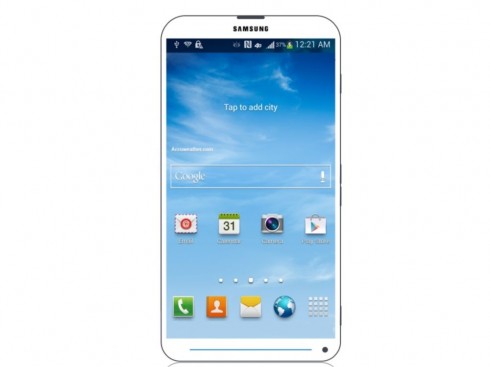 This model still has rounded corners and we also get some specs from the designer. They include a 5 inch Full HD Super AMOLED display, an Exynos Octa processor, 2 GB of RAM and 64 GB of storage. The creator of this Samsung Galaxy S IV concept claims that he wanted to combine the design of the Galaxy Note II with the one of the S III.

There’s a 13 megapixel camera at the back and a 2 megapixel front camera. There are no hardware or software Android keys here, so the device will only rely on gestures, a decision that some Samsung fans may view as controversial. You can tap to go Home, swipe left to go back and swipe up for recent apps. Do you think this would catch on?