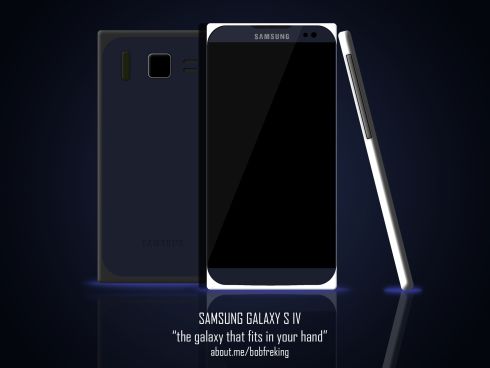 So, the Galaxy S IV comes with a 5 inch Super AMOLED 1080p screen according to Bob, plus onscreen buttons that make it more compact then the S III. The display is a Pentile one and the designer says that he tried to bring back the rectangular shape of the S II and cover it up with polycarbonate. The battery is now non removable and the Nature UX might make it to this version, although that’s not sure. The device will have an improved camera, as far as quality goes and the shooting speed will be 5 shots per second.

This is the way that Bob Freking predicts the future Galaxy S model of 2013 will look like. The phone is supposed to come in Dark Gray and White Polycarbonate shells. If you want figures and data, at the back there’s an 11.8 megapixel camera (F2.4), with BSI, Xenon Flash, 1080p HD Video and autofocus + anti shake. Under the hood there’s a 2500 mAh battery and other features include a 3.15MP camera, Android 4.1 Jelly Bean with Google Now S Voice customization and 9.3mm thin chassis. The CPU of choice is an Exynos 5 ARM 15 dual core unit, 5 times faster than the quad core Exynos. Dreamy? 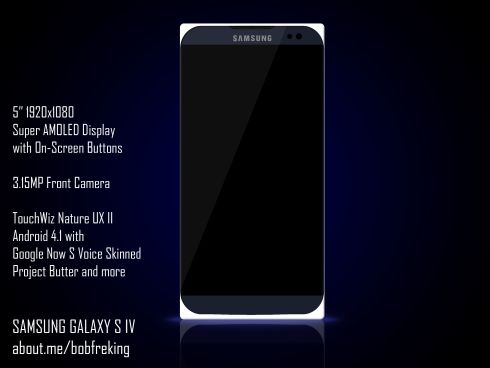 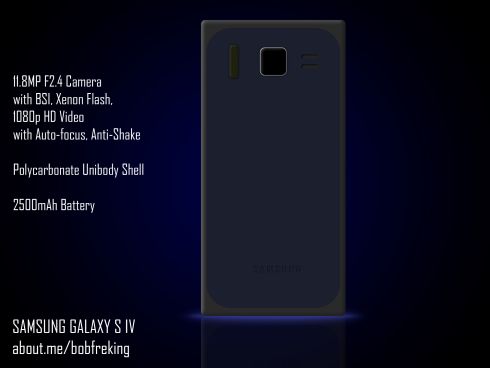 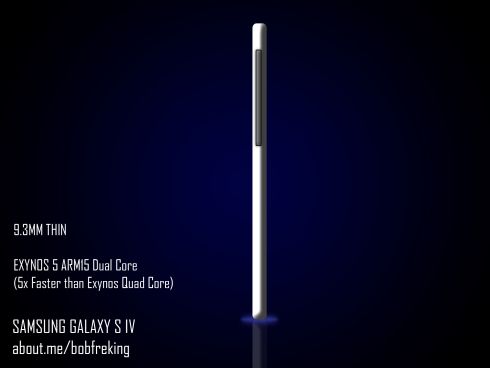