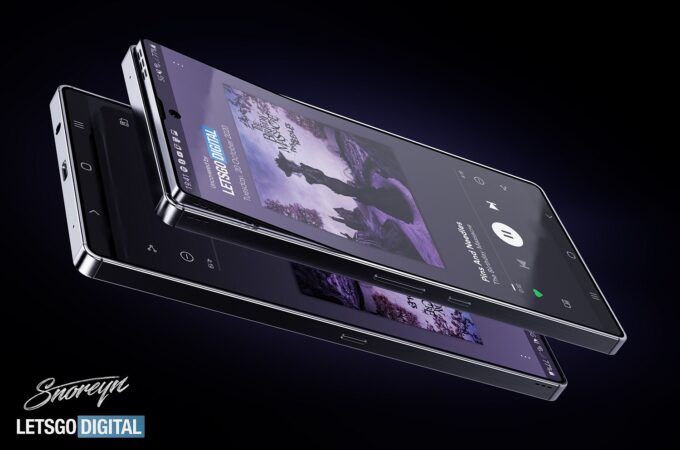 When in doubt, contact Letsgodigital! They’ve just uncovered a brand new Samsung Galaxy S concept phone, one that comes with Pro Sound speakers. The device has a flexible display that comes out of its housing in order to generate a speaker resonance chamber for extra high quality sound.

Recent documents hint at such a next level approach to acoustics. The speaker resonance chamber would definitely increase the sound quality of the audio output. A flexible screen may make this possible, by partly folding forward and coming out of the housing, like a pop up mechanism. Honestly, a back portion opening up would make more sense, though… Anyway, back in February Samsung filed a patent with the World Intellectual Property Office for an “electronic device having expandable internal space”.

It has 35 pages and it was published on October 15th 2020. It also describes in detail how Samsung would make the speaker resonance chamber possible. There’s a front and rear panel, between which there are all the components. One or more loudspeakers are right below the screen, plus a front camera and more sensors. The components will move as the front panel moves. The top part of the screen can move inwardly without the housing also moving with it.

By the way the renders were done by 3D graphic designer Giuseppe Spinelli aka Snoreyn. The thing that struck me most is the flat frame, which mimics the iPhone 12 frame. Lately big companies haven’t been paying much attention to speakers and only LG seems to care about that. They have the Boombox loudspeaker, with the inside of the housing used as a resonance chamber, for an extra loud bass. That happens on the LG G7 ThinQ. Honestly, I’ll take more speakers all around the device, rather than this potentially fragile solution.